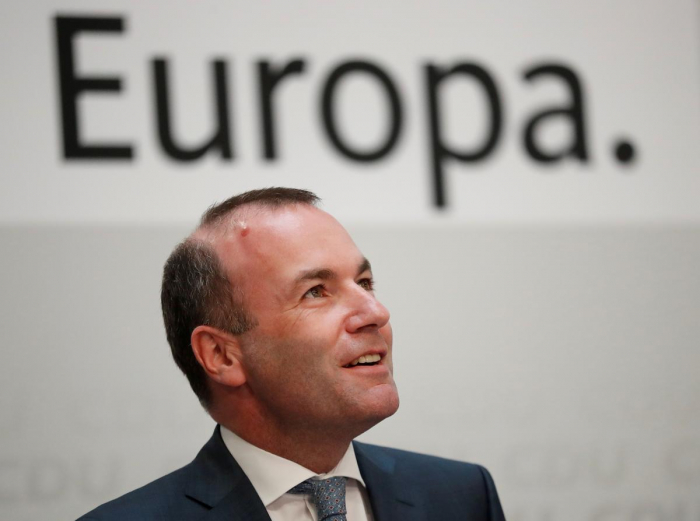 The EU’s 28 national leaders meeting in Brussels on Thursday are likely to embrace a more ambitious stance on fighting climate change but haggle over who should steer the bloc, including its monetary policy, in coming years.

They appeared set to endorse a compromise on committing the European Union to net zero carbon emissions by 2050, diminishing the risk of a veto from reluctant eastern states.

The leaders will start climate talks from 1300 GMT before discussing who should fill the bloc’s top five jobs, including European Central Bank president, which are coming up for grabs.

Power centers Berlin and Paris are at odds over who should take over the executive European Commission later this year, with Merkel backing compatriot Manfred Weber, a leader of her center-right sister party CSU.

But French President Emmanuel Macron is campaigning to block Weber over lack of government experience. Paris and Madrid want more prominent EU jobs for liberal and socialist candidates after a change of the parliamentary guard in a continent-wide election last month.

“I think we must be realistic about (chance for a deal on Thursday). It’s not certain,” Macron told BFM TV broadcaster on Thursday.

“At the latest, it must be done before the new Parliament convenes at the beginning of July. Which means we will see each other at the end of June.”

A new Commission chief must not only get the backing of a clear majority – or, preferably, unanimity – of national leaders but must also be accepted by the new European Parliament, which will sit for the first time on July 2.

The job is key in the EU because the Commission is the bloc’s competition watchdog, oversees national budgets and proposes policies from climate change to migration to tech regulation – big areas as member states struggle with a range of challenges at home and abroad.

Read more:   'They say it isn't a sport for women. I just smile'

TOO LATE FOR WEBER?

The newly-elected Parliament has refused to rally behind Weber, even though he heads the weakened but still-biggest faction, the European People’s Party (EPP). This might give Merkel just enough grounds to drop him, diplomats said.

“Weber’s claim is imploding. The Parliament is more divided than before and has missed the boat. And EPP national leaders are turning their back on him as well,” a senior EU diplomat said on Thursday.

“If the Germans lose Weber, the French don’t get the job either, it’s tit for tat.”

The other roles changing hands include the head of the Parliament, the EU’s chief diplomat and the chairman of EU leaders whose role is to craft compromises between member states.

If a deal remains beyond reach after Thursday, leaders may reconvene on July 1.

Seeking to narrow a wide gender gap in the bloc’s leadership is also a factor in a complex race that seeks to balance out party politics and regional influence in the EU.