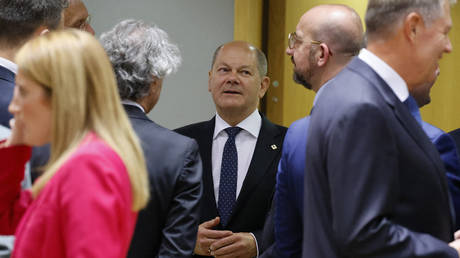 EU leaders have failed to agree on a gas price cap following a summit in Brussels, but expressed their willingness to keep looking for bloc-wide solutions to the energy crisis.

“There is a strong and unanimously shared determination to act together, as Europeans, to achieve three goals: lowering prices, ensuring security of supply, and continuing to work to reduce demand,” European Council President Charles Michel said after the meeting in the Belgian capital concluded late on Thursday.

During a press conference on Friday morning, Michel insisted that the summit had sent “a clear signal to the market” and pledged that “there will be an effect very soon” from the EU’s moves to alleviate the energy crisis.

While they failed to find common ground on a gas price cap, the EU leaders asked the European Commission to come up with a “temporary dynamic price corridor on natural gas transactions to immediately limit episodes of excessive gas prices.”

The participants of the summit also suggested that the EU’s joint purchasing power should be used as leverage in negotiations with global suppliers of gas. Joint purchasing would be voluntary for member states, but would require them to buy 15% of the volume needed to fill gas storage through the bloc’s mechanisms. 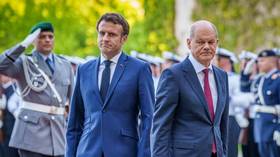 France ‘pissed off’ at Germany over energy aid – The Telegraph

EU energy ministers are expected to meet next week to discuss solutions to the crisis, which was exacerbated by the fallout from European sanctions on Moscow over the conflict in Ukraine and the subsequent drastic reduction of Russian gas supplies to the bloc. The situation deteriorated even further in late September when the Nord Stream pipelines, which deliver Russian gas to European customers through Germany, were damaged.

German Chancellor Olaf Scholz, who opposes radical interventions in the gas market, said after the summit that “there is a lot to do to make this concrete, but we need to find a concrete way to limit” the spikes in prices.

Dutch Prime Minister Mark Rutte has pointed out that it was “very difficult to see” an agreement on the price cap being reached within the next few weeks. “We really have to assess all the pros and cons and the ramifications. If it would not fulfill the requirements, for example, could also lead to a higher base price or gas sailing away from Europe,” he pointed out.

Earlier this month, Russian President Vladimir Putin warned that Moscow would cut off energy deliveries altogether if any price caps were imposed. The head of Russian gas giant Gazprom Alexey Miller also insisted last week that “a unilateral decision of this kind is, of course, a violation of essential terms of the agreements which would lead to a termination of supplies.” (RT)