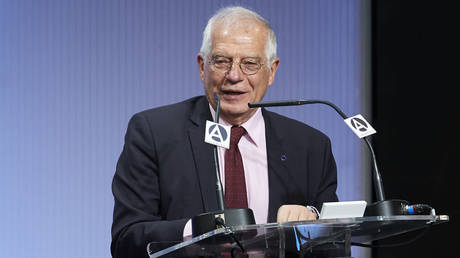 Europe must begin to take more responsibility for its own security, EU foreign policy chief Josep Borrell has said, announcing that total expenditure by member states will grow by €70 billion over the next three years.

Speaking at the ‘Investing in European Defence’ forum on Thursday, Borrell, who also heads the European Defence Agency (EDA), called on European nations to cooperate more on upping defense capacities in the common interest of bloc security. They should also look past the current conflict in Ukraine and anticipate “future threats.”

Borrell said states’ spending on defense had surpassed the €200 billion-level in 2021 for the first time, though they’re still playing catch-up.

“After the Cold War, we shrunk our forces to small-size armies without coordination … We lack critical defense capabilities,” he said. “We have to compensate for years of underspending.” 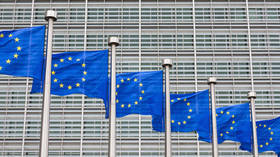 “Total defense expenditure that Member States have announced will grow by another €70 billion in the next three years,” Borrell said, adding that “people don’t fight with banknotes.”

Borrell said Brussels faced a challenge to spend the money “in a coordinated manner” and that national decisions should not be focused solely on present needs, an apparent reference to the turmoil in Ukraine.

If the focus remains only on current requirements, Europe will once again be faced with “a fragmented European capability landscape,” he warned.

The top diplomat said a balance must be found between responding to current needs and preparing for future threats. Those threats are “close by and likely to get worse,” he said.

The EU has committed around $2.5 billion in weapons to Ukraine since Russia’s offensive began in February.

Borrell’s pledge comes as European nations are running out of weapons to give Ukraine as they see their own stocks dwindling.

The constant transfers of weapons to Ukraine has left most NATO nations’ stockpiles strained, according to a New York Times report last month, which said the bloc’s smaller nations had “exhausted their potential” and at least 20 of NATO’s 30 members were “pretty tapped out.”

Politico reported last week that France unofficially admitted it has run out of weapons to send Kiev due to the state of its own supplies, while Germany also faces a €20-billion shortfall in ammunition. (RT)