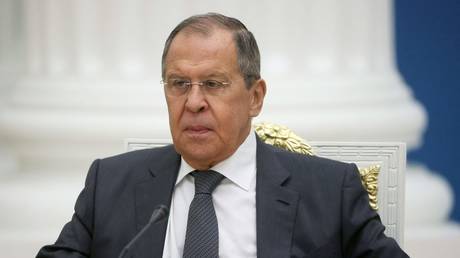 FM Sergey Lavrov proposes that the bloc could become part of a ‘multipolar world’ if it exercises more independence from the US Russian Foreign Minister Sergey Lavrov attends a Security Council meeting at the Kremlin on November 18, 2022, Moscow, Russia © AFP / Mikhail Metzel/SPUTNIK/AFP

The European Union could have a place in a new multipolar world but it has to first free itself from excessive dependence on its allies across the Atlantic Ocean, Russian Foreign Minister Sergey Lavrov has argued. He added that the bloc needs to learn how to stick up for itself in areas that are important to it.

Speaking on Wednesday at the Primakov Readings, an international forum of experts, diplomats and decision-makers held in Russia, Lavrov said: “the European Union will be able to participate in these processes on an equal footing when it realizes that it doesn’t have to say 100% ‘yes, sir’ to the United States.” He added that the bloc needs to demonstrate that it “has its own interests.”

The minister also noted that, of late, voices calling for this have been emerging in European countries. 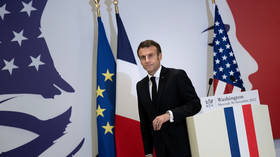 Lavrov stressed that Moscow is by no means trying to drive a wedge between Washington and Brussels, arguing that it is obvious that not all of Europe’s interests are necessarily in line with those of the US.

“That Europe cannot defend these interests is, in my opinion, for now also a medical fact,” the official quipped.

Lavrov pointed to the apparent lack of any meaningful results from French President Emmanuel Macron’s meeting in Washington last week with his US counterpart Joe Biden, as proof of his assertion.

Addressing the guests at the Valdai Discussion Club meeting outside Moscow in late October, Russian President Vladimir Putin expressed confidence that sooner or later “new centers of power in the multipolar world and the West will have to start talking as equals about our common future.” (RT)