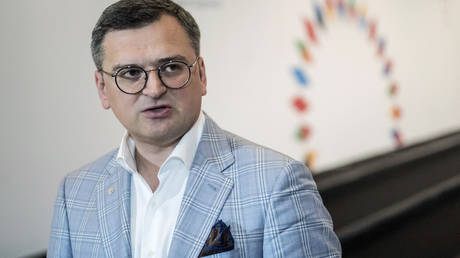 The European Union must cast aside all doubts about new anti-Russia sanctions and double down on slapping Moscow with new restrictions that would curb its missile industry, Foreign Minister Dmitry Kuleba said on Tuesday.

Speaking at a regular briefing, Kuleba urged the EU to speed up the work on its ninth sanctions package, which he described as long overdue. “We are only hearing about an attempt to start serious work on its preparation. Such a situation is totally unacceptable,” the minister said.

In the same vein, he called on his EU colleagues “to put aside any doubts or, as it is fashionable to say, ‘fatigue,’ and to start to quickly complete the ninth sanctions package.”

“If the Ukrainians are not tired, then the rest of Europe, all the more, has neither the moral nor the political right to get tired,” Kuleba stressed. 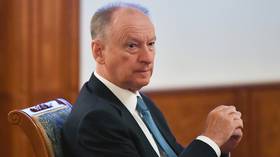 US goal is to destroy Russia – security chief

He called on the EU to focus on sanctions impacting Russia’s capability to produce missiles, which are used by Moscow to conduct strikes on Ukraine’s critical infrastructure. Russia has been targeting Ukrainian energy facilities, including power stations, since October 10, after accusing Kiev of attacking Russian structures, including the strategic Crimean Bridge.

Due to these strikes, Ukraine has been experiencing rolling blackouts, with authorities there saying that these attacks have knocked out about 40% of the nation’s energy infrastructure.

On Tuesday, Politico reported that the EU has not officially started working yet on the ninth sanctions package against Russia. However, according to two of the outlet’s sources, the new measures may potentially focus on Russian individuals that can be linked to the Ukraine conflict.

The previous sanctions package was adopted by the EU in early October and sought to deprive Moscow of €7 billion ($7.2 billion) in revenues from the import of products which support the Russian economy, including steel products, various machinery, textiles and non-gold jewelry.

Following the start of Russia’s military operation in Ukraine in late February, Western countries imposed sweeping new sanctions on Moscow, freezing around half of Moscow’s gold and foreign exchange reserves. According to Kremlin Press Secretary Dmitry Peskov, these assets “have been essentially stolen” by the West.

Last week, Nikolay Patrushev, the secretary of Russia’s National Security Council, claimed that the US, which has supported the sanctions, is seeking to weaken and destroy Russia, and is using Ukraine as a “battering ram” to achieve that goal. (RT)