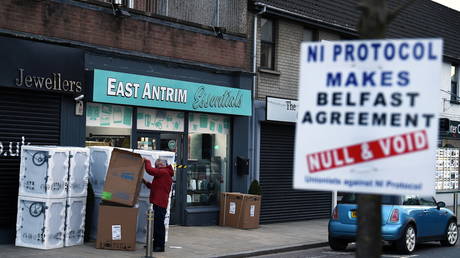 A sign is seen featuring a message against the Brexit border checks in relation to the Northern Ireland protocol in the town centre of Larne, Northern Ireland. (FILE PHOTO) © REUTERS/Clodagh Kilcoyne

The first minister of Northern Ireland has issued a scathing review of the EU’s actions over the issue of post-Brexit Ireland, as Brussels threatens the UK with legal action after London made unilateral changes to the agreement.

STAR to raise additional $ 43 million in funding thanks to digitalization