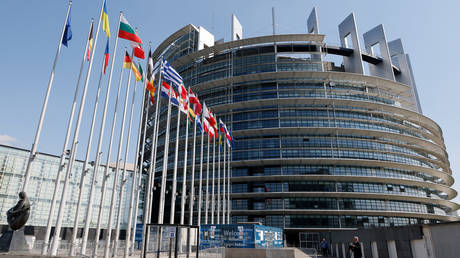 A general view of the European Parliament building, in Strasbourg, eastern France, on May 9, 2022. ©  Ludovic MARIN / AFP / POOL

America is raking in profits from the conflict while Europeans are left out in the cold, senior officials have reportedly said A general view of the European Parliament building, in Strasbourg, eastern France, on May 9, 2022. © Ludovic MARIN / AFP / POOL

Senior EU officials are angry at the administration of US President Joe Biden, arguing that Washington is capitalizing on the Ukraine conflict and the bloc’s economic problems, Politico reported on Thursday, citing sources.

The growing transatlantic rift is based on several factors. The Western sanctions imposed on Moscow over its military campaign in Ukraine have caused major disruptions in gas deliveries from Russia to Europe, and the EU now relies on American gas, which comes at a price four times higher than it costs in the US.

French President Emmanuel Macron described this practice as “not friendly.” However, a Politico source indicated that when confronted by EU leaders at the G20 summit over the problem, Biden “simply seemed unaware.” 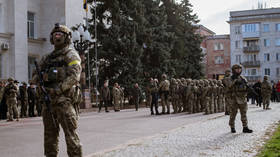 Germany and Poland at loggerheads over Ukraine – media

Another thorny issue is the US Inflation Reduction Act, an incentive scheme which offers huge subsidies and tax breaks to green businesses. Brussels is worried that it may potentially be ruinous for the bloc’s economy, as it could give American electric vehicle manufacturers an advantage over their EU counterparts in the lucrative US market.

“We are really at a historic juncture,” one EU official told Politico, arguing that these disagreements may undermine Western efforts to support Ukraine and the transatlantic alliance itself. “America needs to realize that public opinion is shifting in many EU countries,” he added.

Europeans are also reportedly growing irritated about the money flowing to the US defense industry due to the campaign to support Ukraine with weapons. According to one senior official, it may take the EU years to replenish its supply of weapons, which has fueled fears that the US will profit from the conflict even more.

The report comes after Russian Foreign Ministry spokeswoman Maria Zakharova claimed last week that by trying to isolate Moscow over the Ukraine conflict, the EU only “imposes costs on EU countries and their citizens, who are forced to pay out of their own pockets for the strategic blunders of their politicians.” (RT)