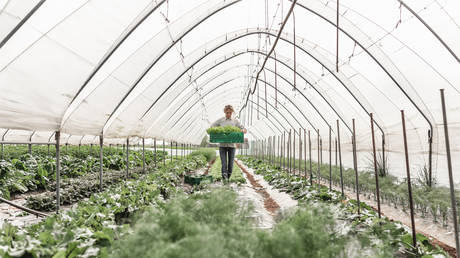 Vegetable producers across northern and western Europe are considering halting operations, thus further threatening food supplies, as a result of the energy crisis hitting the continent, Reuters reported this week.

According to the report, skyrocketing power and gas prices are the biggest cost facing vegetable farmers employing greenhouse cultivation. Two French farmers renewing their electricity contracts for 2023 told the media outlet they were being quoted prices more than ten times higher than in 2021.

“In the coming weeks I will plan the season but I don’t know what to do,” said Benjamin Simonot-De Vos, who grows cucumbers, tomatoes and strawberries south of Paris. “If it stays like this there’s no point starting another year. It’s not sustainable.”

Johannes Gross, deputy sales manager at the German cooperative Reichenau-Gemüse, told Reuters: “We face an overall increased production cost of around 30%. Some colleagues are thinking about leaving their greenhouses empty to keep the costs as low as possible. Nobody knows what will happen next year.”

The soaring costs of fertilizer, packaging and transport have also been adding to the pain. Even in countries with abundant sun, such as Spain, fruit and vegetable farmers are grappling with a 25% jump in fertilizer costs.

As farmers across the EU warn of shortages, supermarkets may switch to sourcing more goods from warmer countries such as Morocco, Turkey, Tunisia, and Egypt, the report says.