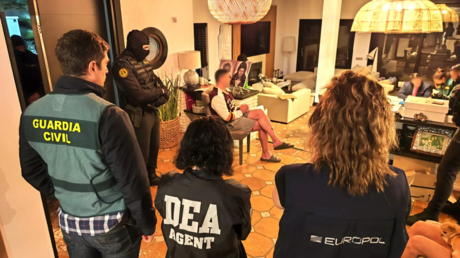 The organized crime syndicate controlled around one third of the cocaine trade in the bloc’s countries, according to Europol © Europol

A sprawling cocaine “super cartel” has been taken down in the EU in a series of coordinated law enforcement raids, Europol announced on Monday. The raids, dubbed ‘Operation Desert Light’, were carried out in Spain, France, Belgium, the Netherlands, and the United Arab Emirates (UAE) between November 8 and 19.

The operation, which involved law enforcement agencies of the respective nations, the US Drug Enforcement Administration (DEA) and Europol itself, was the culmination of multiple parallel investigations, the international agency noted.

“A total of 49 suspects have been arrested during the course of this investigation. The drugpins considered as high-value targets by Europol had come together to form what was known as a ‘super cartel’,” the agency said.

Europol has released a short video of the operation, featuring stills taken during the raids. Footage shows luxury vehicles, large sums of cash, drugs, weapons and other evidence seized by law enforcement officials.

The “super cartel” was in control of around one third of the cocaine trade in the EU, as well as involved in massive money laundering schemes, according to the agency. The Netherlands and Spain accounted for the majority of the arrests, while at least six “high-value targets” were arrested in Dubai. 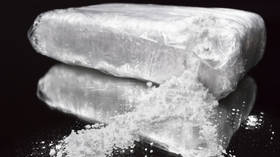 “The scale of cocaine importation into Europe under the suspects’ control and command was massive and over 30 tonnes of drugs were seized by law enforcement over the course of the investigations,” Europol stated.

In September, Europol and Spanish police detained “one of Europe’s biggest money launderers,” who apparently worked for an international drug cartel, during a joint operation. An AFP source said it was John Francis Morrissey, 62, an associate of the Kinahan Organised Crime Group. According to the US authorities, this Dubai-based criminal clan is known for smuggling “deadly narcotics, including cocaine, to Europe, and is a threat to the entire licit economy through its role in international money laundering.” (RT)