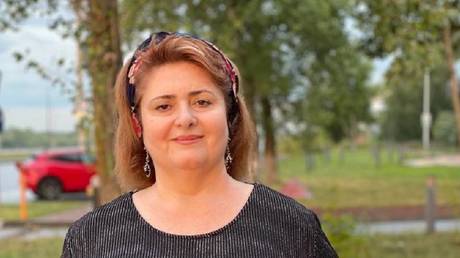 Woman’s ‘abduction’ came as part of ongoing persecution of human right defenders and their family members in Chechnya, according to Brussels Zarema Musayeva © Facebook / Committee Against Torture

The EU has urged Russia to release the mother of exiled human-rights activist Zarema Musayeva, who had been allegedly seized by Chechen law enforcement officers earlier this week, and to investigate what it is calling an “abduction.”

Musayeva’s “violent detention and forceful transfer to Chechnya” has become yet another example of “unlawful actions towards Chechen human rights defenders and their relatives” in Russia’s southern republic, a statement issued by the EU on Saturday read.

Brussels said it “calls on the Russian authorities to release Ms Musayeva” and to investigate her “abduction” as well as all other cases of “extrajudicial executions, torture and other grave human rights violations” that, the EU is claiming, have been committed in Chechnya in the past several years.

Musayeva is the wife of former Chechen High Court judge Saidi Yangulbayev and mother to Abubakar Yangulbayev, who used to be a lawyer for the ‘Committee Against Torture, a group that investigated alleged human rights violations in Chechnya.

Abubakar Yangulbayev quit his job and left Russia in December last year after being questioned by Chechen police as a witness in a case about the justification of terrorism. (RT)