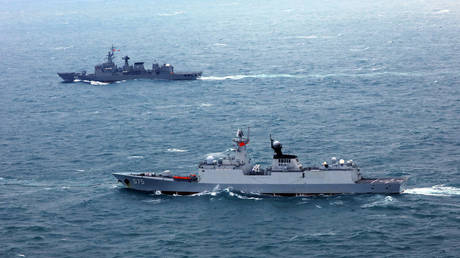 The EU has defended a newly-unveiled plan to increase its activity in the Indo-Pacific region, insisting the measures are not targeted at China, despite rising international tensions over the South China Sea.

Officials said the proposal, headed up by France, Denmark and Germany, is aimed at bolstering EU ties with Australia, India and Japan, and would raise the bloc’s presence in the Indo-Pacific area amid an escalating regional spat with Beijing over control of the South China Sea.

Outlining the plan on Monday, EU officials said member states agree “that the EU should reinforce its strategic focus, presence and actions in the Indo-Pacific”, emphasising the importance of “the promotion of democracy, rule of law, human rights and international law.” (RT)