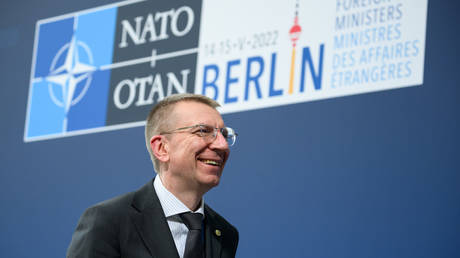 Latvian Foreign Minister Edgars Rinkevics urged NATO to “allow” Ukraine to use its Western-supplied weaponry for strikes deep into Russian territory. The top diplomat made the remarks in an interview with Bloomberg on the sidelines of the NATO foreign ministers’ meeting in Bucharest on Tuesday.

In particular, the weaponry should be used to attack sites used by Moscow to stage missile strikes against Ukraine’s critical infrastructure, Rinkevics suggested.

“We should allow Ukrainians to use weapons to target missile sites or air fields from where those operations are being launched,” he said.

While Moscow has repeatedly warned the West against “pumping” Ukraine with assorted weaponry, suggesting such behavior could ultimately result in a direct conflict between the US-led NATO alliance and Russia, Rinkevics brushed off such concerns. The bloc “should not fear” escalation, he said. 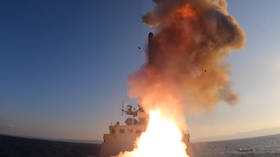 Latvia, along with other Baltic states, has been among the most vocal supporters of Kiev in the ongoing conflict between Russia and Ukraine. The country’s top officials have repeatedly toured Kiev to show their support, with the latest visit coming over the weekend when Rinkevics, alongside his colleagues from Lithuania, Estonia, Finland, Sweden, Norway and Iceland met Ukrainian President Vladimir Zelensky.

Read more:   'Europe's loss of economic & demographic weight is written in the sky'

In recent weeks, Russia has repeatedly launched massive cruise missiles and suicide-drone salvos against Ukraine’s electrical grid and military installations. The attacks followed a blast that damaged the Kerch Bridge that links mainland Russia to the Crimean Peninsula. Blame for the incident has been placed squarely by Moscow on Ukraine and its foreign supporters, namely the UK, and described as a “terror attack.” Kiev and London, however, have each denied their involvement. (RT)