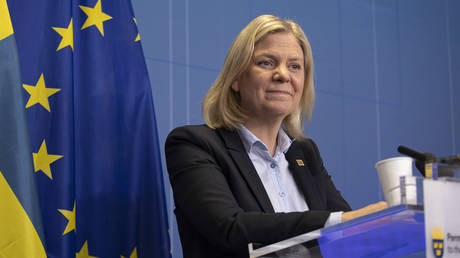 A four-party opposition coalition led by the Moderate Party’s Ulf Kristersson has officially won the general election in Sweden after Prime Minister Magdalena Andersson conceded defeat on Wednesday. With just a handful of votes remaining to be counted four days after Sunday’s close-call vote, the right-wing bloc is on track to win 176 seats to the left-wing’s 173, according to the country’s election authority as reported by Reuters.

“In parliament, they have a one or two seat advantage,” Andersson, Sweden’s first woman prime minister, told a press conference. “It’s a thin majority, but it is a majority.”

“I will now start the work of forming a new government that can get things done, a government for all of Sweden and all citizens,” Kristofferson told reporters. His party won 19.1% of the vote, narrowly edged out by coalition partner the Sweden Democrats, which are set to take in 20.6%. 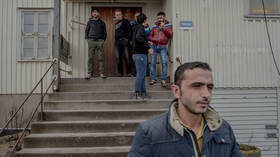 Despite their popularity among voters, the Sweden Democrats’ anti-immigration stance has reduced their chances of receiving broad backing from some conservative factions. Andersson played to those worries, acknowledging that she shared some voters’ concerns that her party’s rivals had attained such power.

After years of welcoming more migrants than any other nation in Europe, Stockholm has finally acknowledged it can neither support them financially nor force them to conform to its laws, driving the once-hospitable Swedes into the arms of the growing anti-immigration movement. Andersson admitted earlier this year that integration of migrants was “too poor” and the society tasked with enforcing order “too weak” following violent riots in numerous cities triggered by an anti-Muslim politician’s Quran-burning publicity stunt. The country’s immigrant population has doubled over the last 20 years and now constitutes a fifth of the Swedish population, a figure over 40% of Swedes considered too high when surveyed in 2016.

Immigration is not the only issue that drove voters to kick the Social Democrats out after eight years in power. Like the rest of Europe, Sweden is in the midst of an economic crisis and may face a recession as soon as next year. Its application to NATO, submitted alongside Finland’s in a show of solidarity with Ukraine, has yet to be approved, as Turkey takes issue with photos of several left-wing MPs waving the flags of a group Ankara has blacklisted as terrorists. (RT)