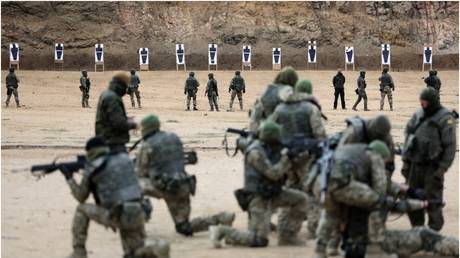 Hungary will not fall in line with some other EU states, and will not provide any training to Ukrainian forces during the conflict with Russia, Tamas Menczer, the state secretary for bilateral relations, has said. He added that Budapest favors a diplomatic solution to the conflict.

“In some European countries, Ukrainian soldiers are [being] trained. They won’t [be] in Hungary,” Menczer wrote on Facebook on Monday. “We say no to that. We want to move towards peace, not war,” he added.

The statement came after Hungarian Prime Minister Viktor Orban insisted that the EU should “re-evaluate” sanctions imposed on Russia if the bloc wants to get through the continuing energy crisis. Hungarian officials have repeatedly said in the past that Brussels should focus on bringing about a diplomatic solution to the conflict rather than aid Kiev militarily. 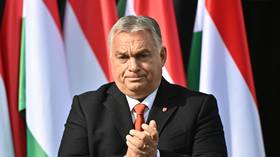 Hungary tells EU why anti-Russia sanctions should be cancelled

In October, the EU set up a military assistance mission for Ukraine (EUMAM Ukraine) to train 15,000 soldiers. Josep Borrell, the bloc’s top diplomat, inspected a base in Poland last week. “I told the Ukrainian soldiers: ‘We try to support you as much as we can, for as long as you need,’” Borrell told reporters.

Britain has run separate combat training courses for Ukrainian personnel. They were being taught how to handle Western weapons, as well as urban and trench warfare, and battlefield first aid, according to the UK Ministry of Defence.

Hungary earlier also broke ranks with many Western countries by refusing to send weapons to Ukraine. Foreign Minister Peter Szijjarto said in July that the conflict was “not Hungary’s war.”

Russian officials said in the past that military aid to Ukraine only exacerbates the conflict. Defense Minister Sergey Shoigu explained in September that Russia was de facto “at war with the collective West and NATO,” adding that the performance of the Ukrainian Armed Forces heavily depends on Western-supplied weapons. (RT)