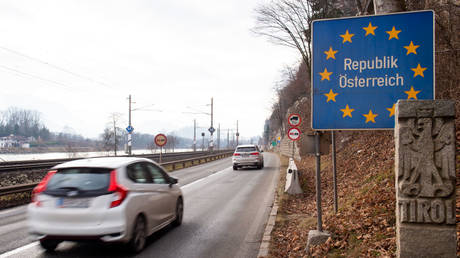 Austria will introduce checks at its border with Slovakia in a bid to curb illegal migration, the country’s government said on Wednesday. The announcement came a day after a similar move by the Czech Republic. All three countries are part of the EU visa-free Schengen zone.

“Austria will introduce border controls at the Slovakian-Austrian border from midnight,” the chancellor’s spokesman Daniel Kosak wrote on Twitter.

The minister emphasized that, after Prague announced that it would reinstate checks on its border with Slovakia from Thursday, Austria had to act “faster than the people-smuggling mafia” to protect itself.

The minister specified that checks would be carried out at 11 border crossing points for an initial period of ten days. 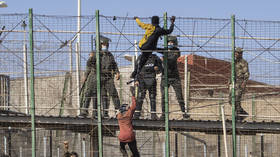 “First and foremost, so-called towing vehicles, which are very often white box vans, will be checked,” he said, adding that he had informed his Slovakian counterpart Roman Mikulec of the planned measures.

Austrian Chancellor Karl Nehammer told reporters that he would meet with Hungarian Prime Minister Viktor Orban and Serbian President Aleksandar Vucic next week to discuss the issue of migration.

Austria previously introduced controls on its frontiers with Slovenia and Hungary. The majority of human traffickers, according to Karner, prefer to use Hungary as a transit territory to reach the wealthier Western countries.

According to the Austrian Interior Ministry, between January and August 2022, the country’s authorities received more than 56,000 asylum applications – an increase of 195% compared to the same period of the previous year. Most of the applications are currently coming from Indian nationals, the ministry said, but there are more and more Pakistani, Moroccan and Tunisian citizens appearing among those applying.

The Czech Republic’s Interior Ministry, explaining the decision to reintroduce border controls with Slovakia, said almost 12,000 illegal migrants, the majority from Syria, were detained this year. This is more than during the migration crisis of 2015, the ministry said, adding that a total of 125 human smugglers have also been arrested this year – also a significant increase from previous years.

Despite being part of the visa-free zone, Schengen countries have been repeatedly reinstating border controls over the past few years, both due to the rise in migration and because of the pandemic. (RT)