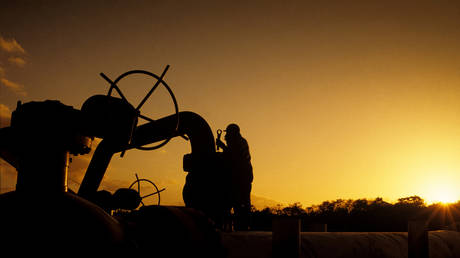 The bloc has been importing LNG as well as pipeline gas from other suppliers, its energy commissioner says © Getty Images / FabioFilzi

The bloc is due to debate a gas price cap proposal on Thursday to prevent sky-high costs for consumers.

“Diversification, demand reduction, a common storage policy [and] our #RepowerEU actions are making a difference,” Simson tweeted after the session, adding: “But we need to stay vigilant.”

The substitution of Russian pipeline gas came on the back of the increased purchases of liquefied natural gas (LNG) from the United States, experts told RIA Novosti.

According to the European Commission, between January and August the total volume of gas imports from Russia, including LNG, decreased by 39 billion cubic meters (bcm). During the same period, LNG supplies from the United States jumped by almost 80% in annual terms.

Read more:   China will take 'all necessary measures' to defend companies blacklisted by US – Foreign Ministry

Last year, Russia accounted for around 45% of the EU’s gas imports. According to the International Energy Agency, Moscow supplied 155 bcm to the bloc, while this year imports are expected to drop to a little over a third of that (around 60 bcm).

Meanwhile, analysts from the research firm Kpler warned this month that replacing Russian pipeline gas supplies with LNG would result in significant costs for the EU. Unlike pipeline gas, which is usually supplied under long-term contracts, LNG is more often purchased on the spot market, and its cost tends to be many times higher.

Meanwhile, increased purchases by the EU have been making it difficult for developing countries to buy LNG, as they are being now forced to compete on price with wealthier nations.