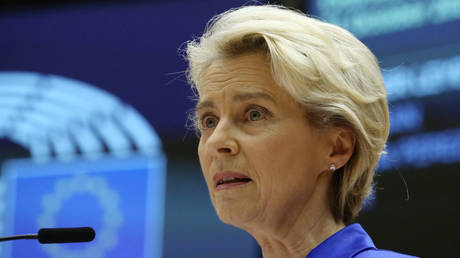 European Commission President Ursula von der Leyen likened Ireland’s struggle against British rule in the 20th century to the conflict between Russia and Ukraine, as she addressed the Irish parliament in Dublin. Her comments sparked anger among Tory MPs.

In a speech on Friday – the 50th anniversary of Ireland becoming an EU member – von der Leyen said she “would like to dwell on five Irish virtues that will help our union to face our common challenges ahead. First, the Irish passion for freedom. This country knows what it means to struggle for the right to exist.”

“Today, another European nation is fighting for independence. Of course, Ireland is far away from the front line in Ukraine. But you understand better than most why this war matters so much to all of us.”

According to the European Commission head, Ukraine is not only fighting for its own future, but also for “freedom itself, for self-rule, for the rules-based global order.”

Her comments did not go unnoticed in Britain, with local media warning that her words could end up complicating talks on renegotiating the post-Brexit Northern Ireland Protocol trading arrangements between London and Brussels. 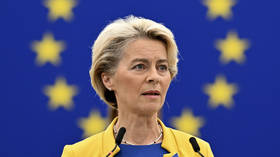 Craig Mackinlay, a Conservative MP, told The Telegraph that von der Leyen’s comparison was “beyond disgusting,” adding: “it seems that UK bashing is alive and well in Brussels.”

Lord Moylan, a member of the House of Lords, tweeted that the EC president is playing “a dangerous game” by making such statements.

Former UK Business Secretary Jacob Rees-Mogg told the outlet that “it is an extraordinary thing for Ursula von der Leyen to say, undiplomatic, unwise and wrong. It shows she is not entirely aware of the historic circumstances.”

Read more:   Iran thanks Azerbaijan for support in fight against coronavirus

This is the second time this week that the EU chief has landed in hot water. On Wednesday, she claimed that at least 100,000 Ukrainian troops have been killed in the fighting against Russia. The comment was later removed from the text and video of her speech on the European Commission’s website and social media accounts. Nevertheless, Kiev was angered and claimed that the figure was not correct, while insisting that such “sensitive” data can only be released by the commander of the Ukrainian armed forces. (RT)

The energy needs of European countries, including Serbia, are growing every day, and Azerbaijani gas…