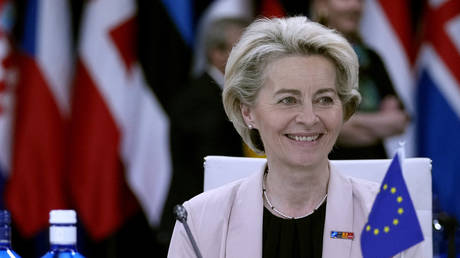 The European Commission said it is unable to locate text messages sent between its president, Ursula von der Leyen, and Pfizer CEO Albert Bourla during talks for a massive vaccine deal last year, but denied prior charges of “maladministration” from an EU watchdog.

The commission issued a letter on Wednesday stating that an expanded search for the missing messages had “not yielded any results,” following months of dispute between the EU’s executive body and oversight officials. It argued that due to the “short-lived and ephemeral nature” of texts, they typically “do not contain important information” and are therefore rarely stored.

While von der Leyen revealed in an April 2021 interview that she and Bourla privately communicated for several weeks while negotiating a contract for nearly 2 billion vaccine doses, a journalist’s public information request for the texts was later shot down, with the commission claiming it could not find the messages in question. (RT)