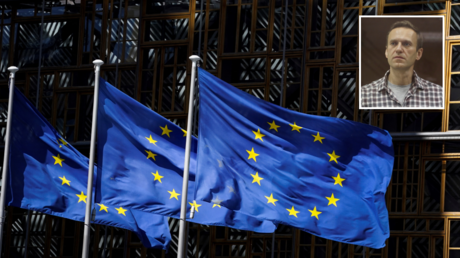 Brussels has unveiled a list of officials it claims are responsible for the detention of opposition figure Alexey Navalny and “human rights violations” during the policing of subsequent protests, in sanctions announced on Tuesday.

The individuals will now face economic and diplomatic measures from the European Union. The group includes Alexander Kalashnikov, the director of Russia’s Federal Penitentiary Service, which was responsible for enforcing Navalny’s arrest after he lost contact with probation officers while serving a suspended sentence for fraud.

Also on the list is Alexander Bastrykin, the chairman of the national Investigative Committee, which is responsible for probing serious crimes. According to Eurocrats, “he is responsible for serious human rights violations in Russia, including arbitrary arrests and detentions.”

Igor Krasnov, the country’s prosecutor general, will similarly face sanctions for having “supported the request by the Russian Federal Penitentiary Service to convert the suspended sentence imposed on Alexey Navalny in a case of alleged fraud to a prison sentence.” (RT)