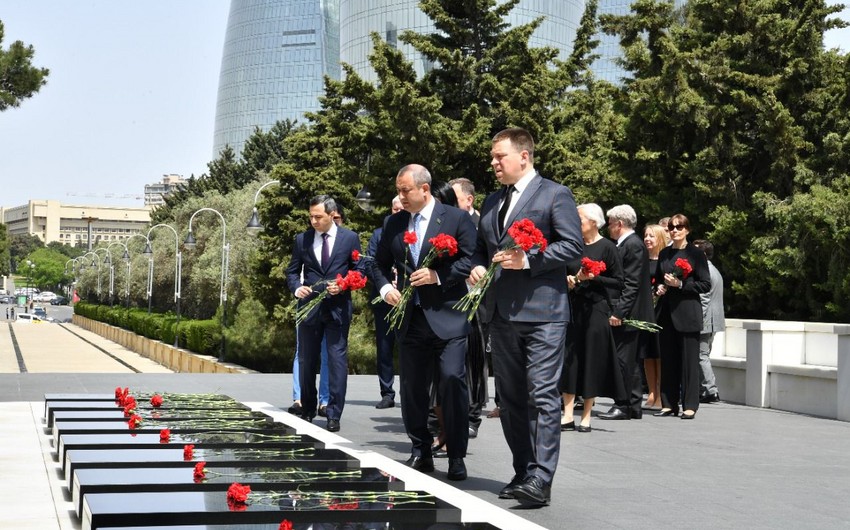 A delegation led by Speaker of the Estonian Parliament (Riigikogu) Jüri Ratas, who is on an official visit to Azerbaijan, has visited the Alley of Martyrs.

Members of the Estonian parliamentary delegation visited the graves of the heroic sons of Azerbaijan who sacrificed their lives for the independence and territorial integrity of Azerbaijan, laid flowers and a wreath at the Eternal Flame monument.

Afterwards, the Estonian parliamentarians, who watched the view of the capital cityfrom the highest point of Baku, were informed about the history of the Alley of Martyrs and the landscaping work carried out in the city.

During the visit, the Estonian delegation was accompanied by Deputy Speaker of the Azerbaijani Parliament Adil Aliyev and another official.