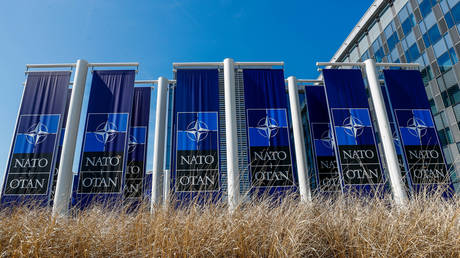 What if Russia became part of NATO upon Trump’s invite? Sounds unthinkable given the Western elites’ mentality, but that’s how a German paper sees warming up ties with Moscow – and sends “a signal of despair,” analysts told RT.

Never free of discord, relations between Moscow and the North Atlantic bloc are now at their lowest point in decades. Since the 2014 Ukrainian crisis, NATO has singled out Russia as one of its official adversaries, and not a single month passes without reports on NATO making power moves in Eastern Europe – to which Russia responds in kind.

It seems that the animosity will persist for quite a long time – despite some recent attempts by France to defuse tensions and get back on good terms with Russia again.

Also on rt.com ‘Russia is no longer enemy of NATO, international terrorism is’: Macron calls on bloc to check its priorities

But a surprise publication by a reputed German newspaper Handelsblatt suggests thinking big, instead of starting small. Written by a former UK Minister for Europe and a German journalist, it discusses the unimaginable, namely, Donald Trump transforming NATO into a structure that would extend a huge security umbrella “from Lisbon to Vladivostok.”

The proposed ‘Alliance for Peace’ would incorporate NATO’s all-time foe Russia, thus alleviating all tensions between the two, the authors argue. It could be led by two four-star generals from both the US and Russia, and have two headquarters in Brussels and in Moscow.

What’s more, the idea of Russia joining NATO is not entirely new – it’s been floated as far back as 1954, when Western powers shot down a Soviet pitch for membership. It came back into the spotlight in the early 1990s and 2000s, but ultimately fizzled out. But is the Handelsblatt publication mere wishful thinking – or a sign of things to come?

“It’s certainly a kind of sensible approach that should have been taken a quarter of a century ago when the Soviet Union dissolved and the Warsaw Pact was ended – and, frankly, NATO should’ve been ended at that point,” former US diplomat Jim Jatras said.

Now, Trump may sincerely wish to mend ties with Moscow, including making unconventional offers, but his hands are effectively cuffed, he reminded.

What he thinks doesn’t really matter because he has the national security apparatus that is indistinguishable from that of the Democrats who are virulently anti-Russian, or for that matter most of the Republicans.

Making Russia a NATO member is “virtually impossible [because] the establishment in Washington and most European countries would ever accept such an arrangement,” he opined.

Still, Germans don’t have the same appetite for conflict with Russia that certain US lawmakers have, and want to distance themselves from their policies.

Willy Wimmer, former Vice President of the OSCE Parliamentary Assembly said “it’s not an unthinkable scenario for most of my fellow countrymen.”

We see this article as a sign of despair. People in Germany are not satisfied with the policy when it comes to relations with Russia.

Indeed, while the US’ enormous military presence on German soil might be the country’s main security guarantor, Germans now view Moscow as a more “reliable partner” than Washington. Despite the best efforts of American lawmakers to drum up the supposed threat of “Russian interference,” not everyone in Europe sees Russia as the same boogeyman.