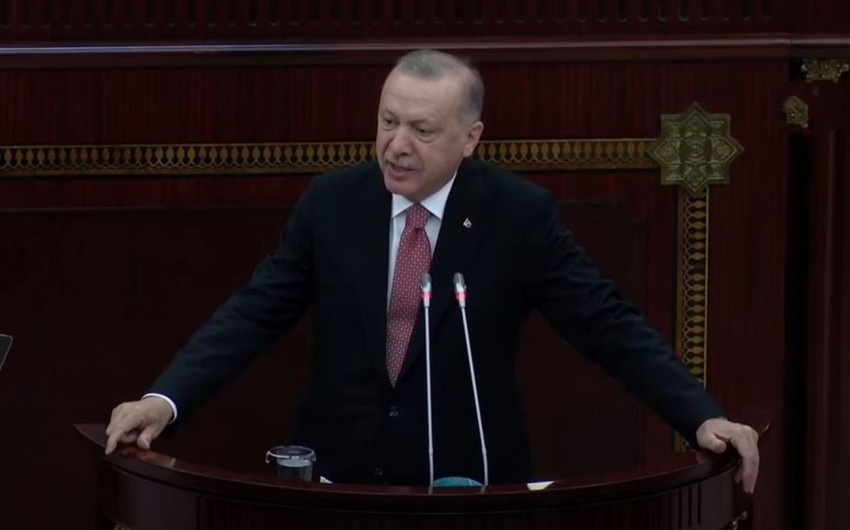 “Karabakh was not only the most beautiful place in the world but also one of the cultural centers. Hopefully, we will make it the same again. Yesterday my brother and I were in Shusha,” Turkish President Recep Tayyip Erdoğan said during his speech in the Azerbaijani Parliament.

Report informs, that, according to him, Shusha, as an art academy, was a place where art was at the highest level:

“Shusha retained the status of the center of literature. This city is the home of the great composer Uzeyir Hajibeyli, Bulbul, Natavan, and other poets. Today Shusha is recovering. The declaration of Shusha as the capital of culture is a clear message to the world in this sense.