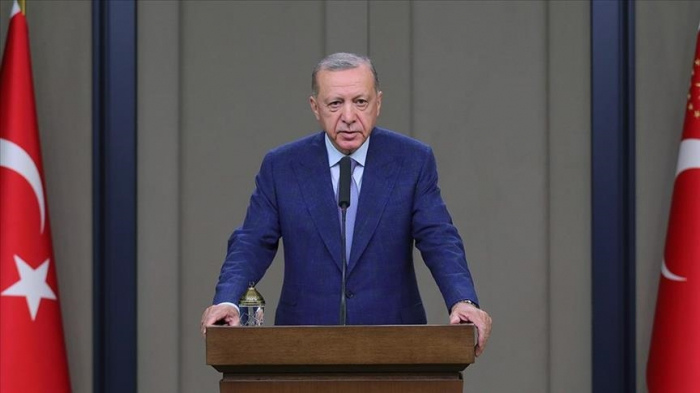 Sweden and Finland must consider Türkiye’s security concerns if they seek to join NATO, the Turkish president said before leaving for a NATO summit meeting in Madrid on Tuesday, according to Anadolu Agency.

Saying that NATO membership comes with responsibilities, Recep Tayyip Erdogan told reporters: “If Sweden and Finland are to become members of NATO, they have to take into account the security concerns of Türkiye, a member of the alliance for 70 years.”

Sweden, along with Finland, formally applied to join NATO last month, a decision spurred by Russia’s war on Ukraine, which began on Feb. 24.

But Türkiye, a longstanding member of the alliance, has voiced objections to the membership bids, criticizing the countries for tolerating and even supporting the terrorist groups.

“We will hold a quadripartite meeting (on Sweden and Finland’s membership bids) and see what point they have reached. We do not want verbiage, but results,” Erdogan said.

He added that Ankara expects Stockholm and Helsinki to prevent the terrorist PKK, YPG/PYD, and all other offshoots from operating freely in their countries.

In its more than 35-year terror campaign against Türkiye, the PKK – listed as a terrorist organization by Türkiye, the US, and EU – has been responsible for the deaths of over 40,000 people.

“We expect from our allies not to discriminate between NATO members, and that threat against one should be interpreted as a threat against all,” Erdogan said.

On meeting with leaders on the sidelines of the summit, Erdogan said “We had a talk with Mr. (US President Joe) Biden this morning. He stated his desire to meet again this evening or tomorrow. We answered him that ‘it is possible to meet again’.”