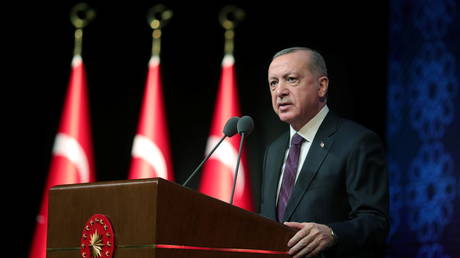 Turkey’s President Recep Tayyip Erdogan has pledged to improve the country’s human rights protections and bolster freedom of expression, as he set out a series of sweeping new legal reforms on Tuesday.

The move comes as Turkey is set to have its long-running membership bid for the European Union (EU) reassessed later this month, with its human rights record having proved the main barrier to its previous accession attempts.

Under the plans announced on Tuesday, which Erdogan’s administration has dubbed the ‘Human Rights Action Plan’, Turkey will move towards a new civilian constitution over a period of two years.

The legal proposals include forming an independent human rights monitoring commission, ombudsman reforms, and an end to time limits for disciplinary investigations of torture allegations. (RT)