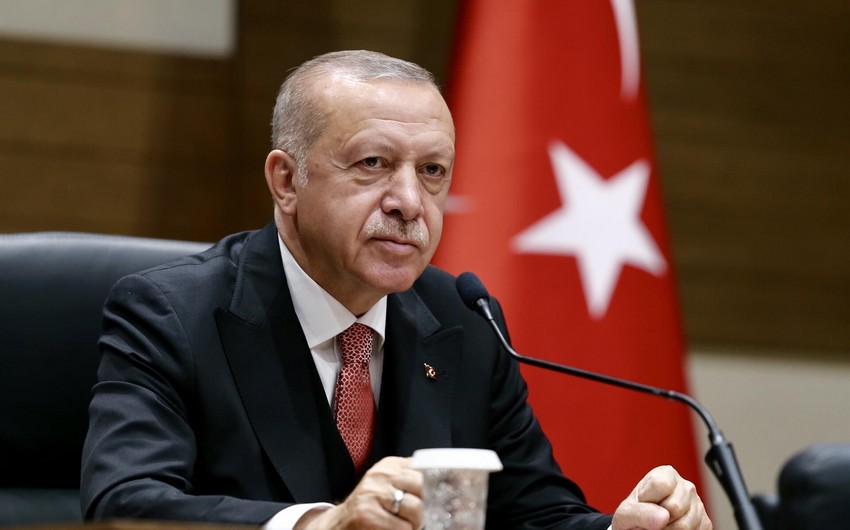 Development of Islamic banking is one of the important directions of the financial policy of the Turkish government, Turkish President Recep Tayyip Erdogan said at the presentation of the Islamic Finance Strategy in Istanbul’s Dolmabahce Palace, Report informs referring to Turkish media.

He noted that in modern Turkish society, an opinion has formed that there is no difference between the Islamic banking structure and other financial organizations. The first step towards changing this perception will be the widespread use of the term ‘financial structure’ instead of the word ‘bank.’

Referring to the measures taken to prevent the growth of inflation, Erdogan noted that the fight against challenges strengthens the Turkish economy. According to him, inflation is provoked by a jump in prices for energy resources and commodities.

“Over the past 8-9 years, Ankara’s opponents have taken everything possible to disorganize the country, including an attempted military coup [on July 15, 2016]. The last link was a blow to the Turkish economy…I hope we will overcome this problem together,” he said.