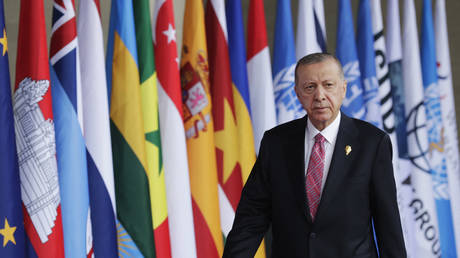 There should be “no hard feeling” in politics, the Turkish president has said Turkish President Recep Tayyip Erdogan at an event in Bali, Indonesia, November 15, 2022. © Mast Irham / AFP

Ankara could find a path to repairing its damaged relations with Syria in the future, Turkish President Recep Tayyip Erdogan suggested on Sunday. The comment was made a week after Türkiye began conducting airstrikes on Kurdish-linked sites in northern Syria and Iraq.

“Just as Türkiye-Egypt relations started to normalize, in the next period it can also happen with Syria,” Erdogan said at a meeting in the city of Konya that was shown by news channel TRT. “There is no room for hard feelings in politics.”

The PKK, which is listed as a terrorist organization by Türkiye, the US, and EU, denied any involvement in the Istanbul attack, which claimed six lives. Erdogan, however, warned on Wednesday that Ankara could launch a ground military operation against Kurdish forces in Syria. 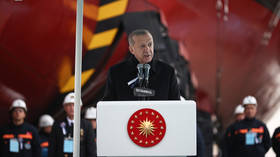 Erdogan brushes off US warnings

Relations between Ankara and Damascus have deteriorated significantly over the years due to Türkiye’s support of the anti-government Syrian National Army, previously known as the Free Syrian Army.

Syria has also accused Türkiye of “occupying” parts of its territory, as Turkish troops have made several incursions to fight Kurdish forces in the past and have clashed with Syrian government troops.

Ties between Ankara and Cairo worsened in 2013 when Egyptian President Abdel Fattah el-Sisi, the country’s top military commander at the time, ousted his predecessor, Mohamed Morsi, from power. The countries have since refrained from appointing ambassadors to each other’s capitals. Erdogan, however, described his meeting with el-Sisi on the sidelines of the FIFA World Cup in Qatar this month as a step towards mending ties. He endorsed further contacts with Egypt on the ministerial level.