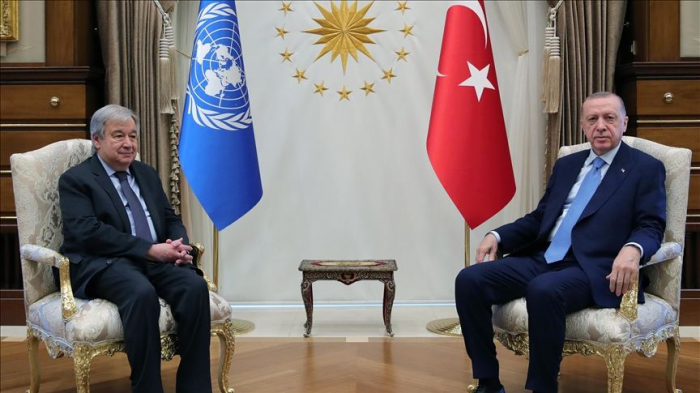 They would discuss the situation at the Zaporizhzhia nuclear power plant, along with finding a political solution to the conflict with Russia.

Guterres is also expected to visit the Joint Coordination Center, formed as part of the historic deal mediated by Türkiye and the U.N. to oversee the Ukraine grain deal, in Istanbul on Aug. 20 after meeting with Turkish, and Ukrainian presidents.

Three Black Sea ports were unblocked last month under a deal between Moscow and Kyiv, brokered by the United Nations and Türkiye, making it possible to send hundreds of thousands of tons of Ukrainian grain to buyers and bringing relief to some of the millions worldwide who are on the brink of starvation.

The U.N. and Turkey, a NATO member and maritime neighbor to both Russia and Ukraine in the Black Sea, have been working for two months to broker the deal. Turkey controls the straits leading into the Black Sea and has acted as a mediator on the grain issue.