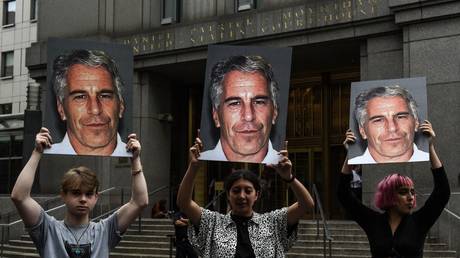 The death of millionaire sex offender Jeffrey Epstein behind bars should trigger “system-wide self-reflection” on how prisoners are treated, Epstein’s lawyer tells RT – and it will trigger conspiracy theories for years to come.

Metropolitan Correctional Center “is sort of like an American gulag for people who have not been convicted of anything,” Epstein lawyer Marc Fernich tells RT. Insisting the wealthy pedophile was not a “security risk,” Fernich laments that the prosecution painted him as an “exceptional flight risk and danger” – equipped as he was with at least one phony passport, a private jet, and a considerable fortune – and left him to languish in “uncivilized conditions” which took their toll on his mind and body.

MCC is “institutionally ill-equipped” to deal with someone like Epstein who wouldn’t last long in general population but who isn’t a hardened criminal, Fernich explains. “This is one of the toughest pre-trial detention facilities in the country. And the conditions are inhumane.” Epstein, he insists, was “presumed innocent,” despite his 2008 conviction for soliciting underage prostitutes – part of a slap-on-the-wrist plea deal the fallout from which culminated in this year’s sex trafficking charges – and should not have been confined in such “barbaric” conditions.

“What this death calls for is self-reflection, system-wide self-reflection and an opportunity to look in the mirror and figure out what we can do better as a system,” Fernich says, pointing to the “cascading series of events” that began with the judge denying Epstein’s bail. “Epstein did not belong locked up pending trial, and he did not belong in a hellhole like that before even being convicted of anything.”

“The defendant, even one of Epstein’s means, should be on equal footing with the government when presumed innocent so they can fairly fight the charges. And when you cage somebody like that in uncivilized conditions, they are not able to do that,” Fernich says. He only marvels that MCC inmates don’t kill themselves more often.

Fernich insists he doesn’t want to see any “sacrificial lambs” scapegoated for his client’s death – “these people usually try to do their best.” The scapegoating has arguably already begun, however – the now-former acting head of the Bureau of Prisons was removed by Attorney General William Barr nine days after Epstein’s death, and the warden for MCC was reassigned to another facility within days of his demise. The two guards tasked with watching Epstein at the time of his death – one of whom was not actually a guard, and both of whom were working overtime – have reportedly been placed on administrative leave.