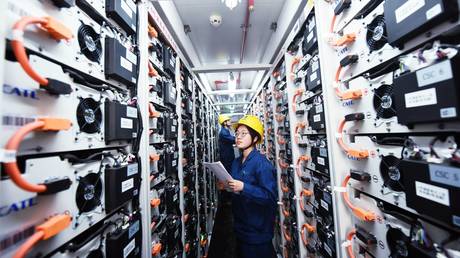 A few years ago, battery energy storage began drawing attention as what one industry executive at the time called the Holy Grail of renewable energy. In the years since, EVs have stolen the spotlight but now battery storage is back, larger than life and, quite likely, twice as expensive.

The ongoing energy crunch in Europe is one good illustration of why, if we are going down the renewable energy path, we need to build battery storage – and a lot of it. One cause of the crunch, admitted unwillingly but still admitted, was lower than usual wind power output. With storage, at least some of that output might have been stored for later use.

The Financial Times reported this month that the battery storage industry is getting billions poured into gigafactories, where battery cells for electric vehicles (EVs) and storage installations are made. According to the report, energy storage companies raised $5.5 billion in venture capital funds over the first nine months of 2021 across 59 deals. This compared with just $1.2 billion across 91 deals during the same period of 2020.

“Batteries will play an increasingly important role in allowing high levels of penetration of variable renewable energy like wind and solar on the grid,” the FT quoted Oxford Institute for Energy Studies research fellow Barbara Finamore as saying.

“The [investment] numbers are changing so fast, people cannot keep up with how many gigafactories are in the pipeline.” 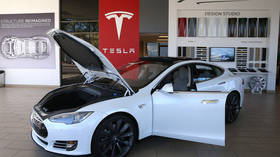 The above smacks of a future bubble, but given the net-zero targets of the Paris Agreement, investors are excused for buying into this particular bubble. Among these targets, per the International Energy Agency, is selling only electric cars from 2035 onwards and having two-thirds of the global energy supply come from wind, solar, biomass, hydropower, and geothermal. This is one massive undertaking that cannot happen without equally massive storage. (RT)

Zelensky offers to prolong martial law in Ukraine for 90 days