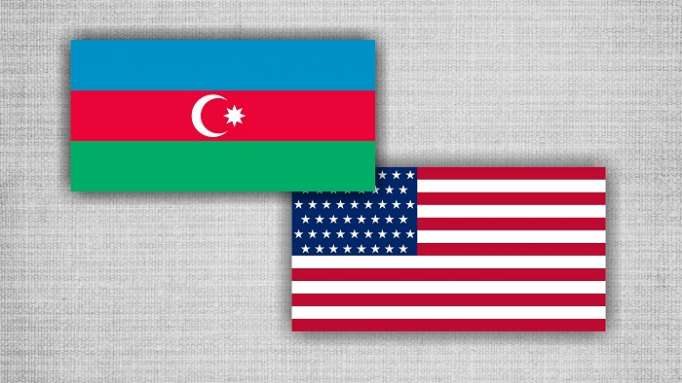 Azerbaijani Minister of Energy Parviz Shahbazov delivered a speech at the event entitled “Contract of the Century: Successful Activity for 25 Years”, organized by the Caspian Policy Center in Washington referring to the Azerbaijani Ministry of Energy.

“The state officials and business circles from the US, Azerbaijan and other Caspian countries attended the event,” the minister said. “The revenues amounted to $146 billion for 25 years of the implementation of the projects in the oil and gas sector.”

Shahbazov said that he appreciates partnership relations with foreign energy companies and the US long-term support in implementation of Azerbaijan’s energy policy.

“The amount of investments in the Azerbaijani oil and gas sector reached more than $100 billion while the amount of the obtained income – $146 billion,” the minister added. “So far, 496 million tons of oil and 163 billion cubic meters of gas have been produced from the Azeri-Chirag-Gunashli (ACG) block of fields.”

Shahbazov also emphasized that the US has always rendered support for Azerbaijan’s energy initiatives while the energy sector has always been strategic in relations between Azerbaijan and the US.

“The US strong political support has played a significant role in the implementation of the energy security project – the Southern Gas Corridor,” the minister added.

Shahbazov also stressed that US President Donald Trump called the Southern Gas Corridor project as the significant project of the US-Azerbaijan energy cooperation.

US Assistant Secretary of State for Energy Resources Francis Fannon, US Under Secretary of Energy Mark Menezes , as well as representatives of energy companies and state officials from the Caspian countries attended the event entitled “Contract of the Century: Successful Activity for 25 Years”.

The Contract of the Century is a large-scale international agreement on the joint development of three oil fields – Azeri, Chirag and Gunashli in Azerbaijani sector of the Caspian Sea signed on September 20, 1994 in Baku among 11 big companies specializing in oil production and representing eight countries. The contract was called the Contract of the Century due to its great significance.

The Contract of the Century was included in the list of the biggest agreements in the history of independent Azerbaijan, both in terms of the volume of hydrocarbon reserves and the total volume of proposed investments.