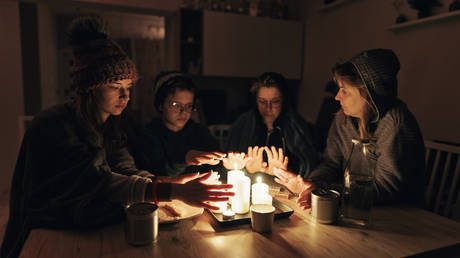 The EU is “in good shape” in terms of energy reserves this winter, however, a real risk of a shortfall lies ahead in 2023, major oil and gas executives have warned.

The region is facing an unprecedented energy crunch following a drop in imports from Russia. The oil and gas shortages, and record-high inflation, have resulted in an overall cost-of-living crisis across the bloc.

But while concerns are focused on the turmoil of the coming winter, it is the next cold season that they should really worry about, CEO of major oil trader Vitol, Russell Hardy, has said.

“We’ve got a difficult winter ahead, and subsequent to that we’ve got a more difficult winter in the year ahead of that because the production that is available to Europe in the first half of 2023 is considerably less than the production we had available to us in the first half of 2022,” he said at a conference in Abu Dhabi last week.

Energy prices have gone off the charts and are close to “unaffordability” with many households “spending 50% of their disposable income on energy or higher,” BP CEO Bernard Looney has warned, agreeing with his colleague that the next winter “in Europe could be even more challenging.”

Even though the EU has managed to fill its energy stockpiles by 90%, according to IEA data, the reserves are made up mostly of Russian gas. But as the bloc is speeding up the transition away from Russian pipeline deliveries, there will be no supplies from the bloc’s former biggest supplier.

“The issue is not this winter. It will be the next one because we are not going to have Russian gas – 98% [less] next year, maybe nothing,” Eni chief Claudio Descalzi pointed out.

Read more:   Azerbaijan may build a bridge across Iranian border

Given the demand from China, a major importer of gas, and skyrocketing LNG prices, executives of energy companies are worried about possible social unrest, pointing at some EU countries, like the Czech Republic where households saw their energy bills increase tenfold.