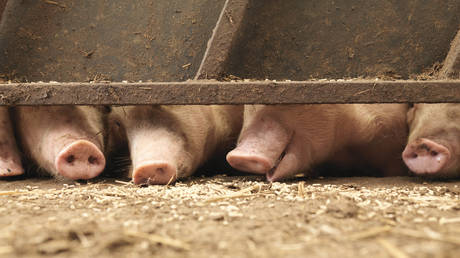 British meat processors have become the latest casualty of the growing energy crisis that threatens to result in a dire shortage of carbon dioxide gas, which is widely used throughout the food and drinks industry.

Carbon dioxide is a by-product of fertiliser production that is used to stun animals before slaughter as well as for the packaging process that prolongs the shelf life of all meat, and in fizzy drinks and beer.

However, soaring gas prices have brought about a slowdown at some chemical factories in Europe that produce fertiliser, with a major US producer being forced to halt operations at two manufacturing complexes in the UK for an uncertain period of time. (RT)