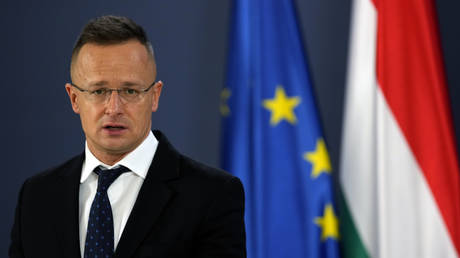 The ongoing energy crisis in Europe is set to be a long one and will extend to 2023 and 2024, and possibly beyond, warned Hungarian Foreign Minister Peter Szijjarto, following a meeting of EU energy ministers on Wednesday.

“We are now seeing the first global energy crisis in history, and it is long-term,” proclaimed Szijjarto, explaining that the crisis is being fueled by underlying “structural geopolitical reasons tied to security,” which require “long-term solutions.”

The diplomat noted that “international institutions which still retain a small amount of common sense” also warn that this is a long-term crisis and a problem which will exist “not just this winter, but the next one and the one after that as well.”

Read more:   Tase: Armenia's actions must be condemned by all international judicial structures

Szijjarto also mentioned that Hungary’s own energy supply has been secured, after the country reached an agreement with Russia and has been receiving gas through the TurkStream pipeline without interruption. 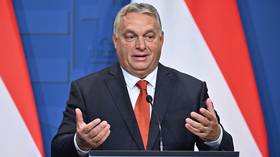 “That is why the Hungarian government pays special attention to ensuring the physical and legal functioning of the Turkish Stream, as this is a fundamental interest of our national security,” he said, noting that Hungarian gas storage facilities are filled at 48.2% of annual consumption, while the average fill level for Europe is currently at 26.9%.

Hungary receives around 80% of its gas from Russia’s gas giant Gazprom. While Russia has cut off gas supplies to a number of countries, Hungary signed a deal with Moscow in late August for additional deliveries on top of already-agreed volumes.

Hungarian President Viktor Orban had previously accused the EU leadership of sparking the ongoing energy crisis by introducing “counterproductive” sanctions on Russian energy over Moscow’s ongoing military campaign in Ukraine. Budapest has repeatedly called for “the failed policy of Brussels” to be changed, noting that the sanctions “didn’t fulfill the hopes that were pinned on them,” while Europe is “slowly bleeding.”

President Vladimir Putin has likened the bloc’s attempts to cut itself off from Russian fossil fuels to economic “suicide.” (RT)