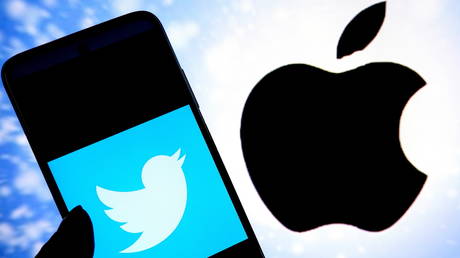 The new boss of Twitter, Elon Musk, has accused Apple of “hating free speech in America” and taking various hostile moves against the platform. The billionaire launched the broadside against the company in a Twitter thread on Monday.

“Apple has mostly stopped advertising on Twitter,” Musk claimed, adding in a separate post that the company “has also threatened to withhold Twitter from its App Store, but won’t tell us why.”

The entrepreneur denounced Apple for actively suppressing freedom of expression, launching a poll on whether the company “should publish all censorship actions it has taken that affect its customers.”

Within just two hours, nearly a million Twitter users took part in it, with more than 85% voting for the move.

Ramping up his assault on the tech giant, Musk also wrote about “a secret 30% tax on everything you buy through their App Store.” In fact, the 30% commission reaped by Apple has long been widely criticized and even sparked a major court battle against Epic Games, which the company ultimately lost.

The billionaire accompanied his revelation with a meme, apparently implying he was ready to go to “war” against Apple over the 30% commission.

Musk has also reiterated his pledge to make Twitter itself more transparent and vowed to publish data on the censorship practices the platform had been implementing before his takeover.

The Twitter Files on free speech suppression soon to be published on Twitter itself. The public deserves to know what really happened …

Twitter has experienced a period of turbulence after Musk became its new CEO in late October, seeing what he called a “massive drop in revenue” in recent weeks. The billionaire blamed the downward spiral on losing advertisers, many of whom have halted their Twitter campaigns amid his reforms of the platform. The changes included laying off half of the company’s workforce, including the teams responsible for communications, content ‘curation’, human rights, and AI ethics, as well as charging users for Twitter’s verification feature. (RT)