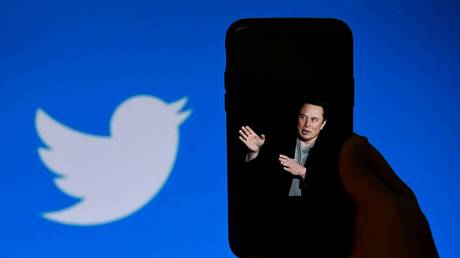 FILE PHOTO: A phone screen displays a photo of Elon Musk with the Twitter logo shown in the background. ©  AFP / Olivier Douliery

The billionaire said he could launch his own smartphone if Twitter is booted off popular platforms FILE PHOTO: A phone screen displays a photo of Elon Musk with the Twitter logo shown in the background. © AFP / Olivier Douliery

Twitter chief Elon Musk has said he is open to creating his own “alternative” smartphone in the event tech giants move to deplatform his social media site, suggesting he could be left with no other option.

Responding to a proposal from conservative pundit Liz Wheeler that the billionaire should “produce his own smartphone” if Apple and Google were to kick Twitter off of their app stores, Musk said he would not rule it out, though voiced some reluctance toward the concept.

“I certainly hope it does not come to that, but, yes, if there is no other choice, I will make an alternative phone,” he said on Friday.

I certainly hope it does not come to that, but, yes, if there is no other choice, I will make an alternative phone

Musk, who completed a $44-billion purchase of Twitter last month, has repeatedly declared his intentions to protect free speech on the site, even announcing a “general amnesty” for suspended accounts “provided that they have not broken the law or engaged in egregious spam.”

However, critics have condemned Musk’s takeover, with some insisting it will foster a wave of ‘hate speech’ and right-wing extremism on the social media platform. In a report published by the Washington Post on Thursday, a number of activists and “online trust and safety experts” said the entrepreneur would “open the gates of hell” on Twitter, some even demanding Google and Apple ban the site on their app stores entirely. 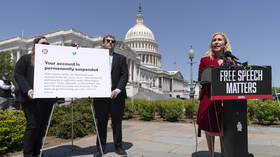 “People who engaged in direct targeted harassment can come back and engage in doxing, targeted harassment, vicious bullying, calls for violence, celebration of violence. I can’t even begin to state how dangerous this will be,” Caraballo continued.

Musk has hit back at detractors, saying Twitter will never allow calls to violence or other posts which break the law. He noted that suspended users would be brought back “slowly” and only after a “manual review,” arguing the move would help to make the site “a forum for the peaceful exchange of views.” (RT)

Azerbaijan has recorded 35 new coronavirus cases over the past day, the Task Force under…

Some 193 people received their anti-coronavirus shots in Azerbaijan today, the Task Force under the…

Some 281 people received their anti-coronavirus shots in Azerbaijan today, the Task Force under the…