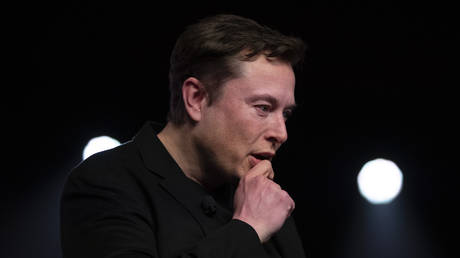 The US billionaire said it was “concerning” such a database of public enemies exists FILE PHOTO © AP / Jae C. Hong

Elon Musk has expressed concerns over a controversial website that lists supposed enemies of Kiev, amid claims that his own name briefly appeared on Mirotvorets following his threats to cut funding for Starlink satellite internet services actively used by the Ukrainian troops.

“Is this list real? What’s the URL?” the SpaceX CEO tweeted in response to independent journalist Eva Karene Bartlett, who on Friday shared a viral screenshot that claims to show his persona added to the notorious database.

“I’ve been speaking and writing about this list for years, after being placed on it in 2019, but now that Musk is on it, after Roger Waters and others, perhaps the ‘peacemaker’ list might itself be killed…,” Bartlett wrote.

Elon Musk’s name was not on the list as of Saturday, and it remains unclear whether it indeed briefly appeared on Mirotvorets. Some reports alleged his profile was swiftly scrubbed from the database, while Ukrainian activists claimed the picture was fake and called it a Russian provocation.

Many of Musk’s followers were surprised to find out that he’d never heard of Mirotvorets before, and bombarded him with examples of prominent public figures on the database, some already marked “liquidated.” Musk admitted it was “concerning,” after checking with Wikipedia that such a list does indeed exist, and was allowed to stay online since 2014. 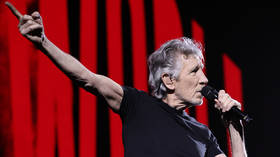 Mirotvorets, or “Peacemaker,” is a supposedly independent database of individuals whom anonymous moderators consider to be threats to Ukrainian national security. The site denies being a kill list; rather, it claims to be a source of information for law-enforcement agencies and “special services” about pro-Russian terrorists, separatists and war criminals, among others. It allegedly has links to Ukraine’s Interior Ministry.

The Mirotvorets project gained some notoriety in 2015, when writer and historian Oles Buzina and politician Oleg Kalashnikov were assassinated in Ukraine after their profiles appeared on the website. In 2016, EU officials and journalist groups condemned Mirotvorets for leaking data on more than 4,000 members of the media. 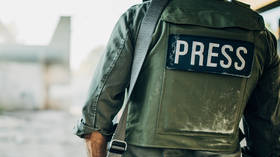 Human rights activists have discovered that the website features the personal details of 327 children, prompting the Russian authorities to share their concerns over this “huge injustice” with UN Secretary General Antonio Guterres. The website has published personal details – names, addresses, photos, social media pages – of children, the youngest of whom is not even 10 years old yet, according to the head of the Foundation for the Fight against Repressions.

The allegations of Musk briefly featured on the ‘kill list’ have been making the rounds on social media for the past two days, following reports that he sought to cut free Starlink service for Ukraine unless the Pentagon covers his company’s losses. On Saturday Musk made an abrupt U-turn, saying “the hell with it… we’ll just keep funding Ukraine govt for free.” (RT)