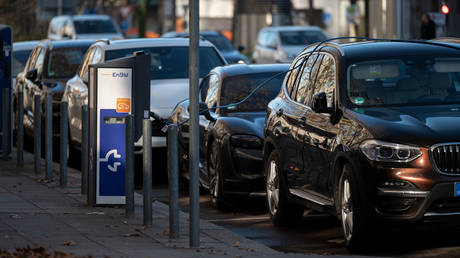 The current energy crisis in Europe could put the brakes on electric mobility in Germany and make e-vehicles unattractive to potential customers, Der Spiegel reported on Friday.

With electricity getting ever more expensive, charging an e-vehicle is sometimes pricier than filling up a petrol or diesel vehicle, the newspaper writes. The combustion engine is more than €30 cheaper per month on average with a mileage of 15,000 kilometers, the publications writes. By the end of next year, an e-car should “clearly be at a disadvantage,” Der Spiegel quotes Ferdinand Dudenhoeffer from the Center for Automotive Research as saying.

The state bonuses for buying electric vehicles were also reduced by 25%. With an almost a year-long wait for an ordered electric car to arrive, the buyer will get a smaller bonus than they were expecting, the outlet writes, adding that there’s no longer any state subsidy for hybrid cars. 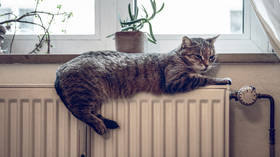 In the current climate, consumers may have little desire to buy a new car. The situation was described as a “toxic mixture of energy crisis and inflation” by Sabine Jaskula from ZF, Germany’s second largest car systems supplier. Electric car production will collapse in Europe next year, she predicts, as only 11 million cars could roll off the assembly line across the industry instead of the planned 18 million.

Another ZF representative described the EU plans to stop selling petrol and diesel cars by 2035 as “illusory.”

There’s also a shortage of public charging stations across Germany, according to Der Spiegel. In some metropolitan areas, a single station has to be shared between as many as 60 vehicles, and a large-scale station refurbishment is needed to provide enough charging spaces for everyone.

According to veteran battery car dealer Wolf Warncke, “There is a risk that prospective buyers will turn their backs on e-mobility.”