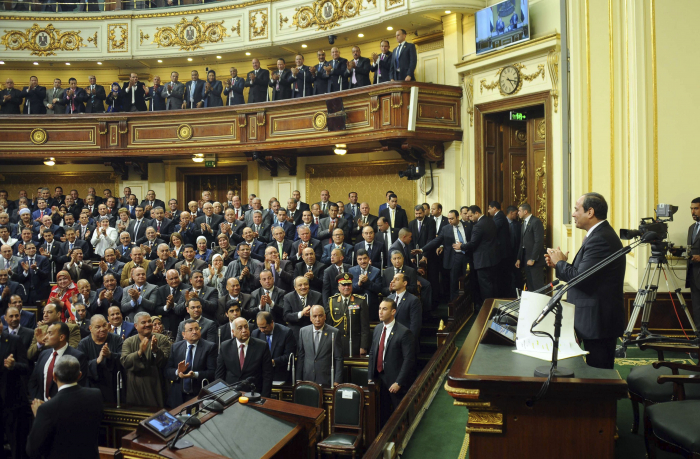 Egypt has freed a detained labor activist who criticized the government and spent about five months in detention, but he will have to report at least once a week to the police, a rights lawyer said Tuesday.

Activist Kamal Khalil walked free from a police station late on Monday, a week after a court ordered his conditional release, according to Gamal Eid, the head of the Arab Network for Human Rights Information.

Khalil will have to periodically report to a nearby police station and he still faces charges of disseminating false news and joining an outlawed group. It’s unclear if the case will go to trial.

“Membership in an outlawed group” is Egyptian government parlance for having ties to a range of outlawed groups, including the Muslim Brotherhood, an Islamist organization that authorities labeled a terrorist group and banned in 2013.

Police arrested Khalil in September from his home in Cairo in the wake of corruption allegations against the Egyptian military and President Abdel Fattah el-Sissi made by an Egyptian businessman living in exile, without providing evidence.

The entrepreneur, Mohammed Ali, alleged in videos that went viral on social media, large-scale misuse of public funds in the building of luxurious hotels, presidential palaces and a tomb for el-Sissi’s mother, who died in 2014.

El-Sissi has angrily dismissed the allegations as “sheer lies and defamation.” He portrayed Ali’s videos as an attempt to weaken Egypt and undermine the public’s trust and confidence in the military and its leader.

Ali’s videos provoked scattered protests in Cairo and several provinces in September. Security forces arrested at least 3,000 people following the anti-government demonstrations, according to rights groups. Hundreds were later released. Khalil was among those detained.

Since leading the military’s 2013 overthrow of elected but divisive Islamist president, Mohammed Morsi, after mass protests against his year-long rule, el-Sissi has overseen a crackdown on dissent. Thousands of Islamists have been jailed along with secular, pro-democracy advocates, and tight controls of the media have been imposed. Freedoms won in a popular 2011 uprising have been rolled back.

Where are the protests? Firearms overtake fireworks as shootings over July 4th weekend leave scores dead in big US cities