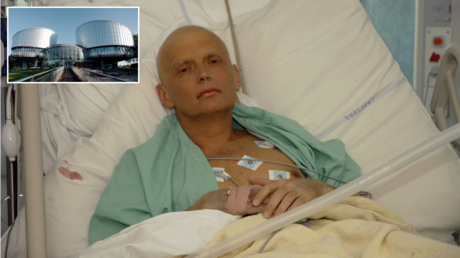 Europe’s top human rights court has ruled that Moscow’s security services were behind the 2006 death by poisoning of Alexander Litvinenko, a former Russian intelligence officer who moved to London and defected to Britain’s MI6.

In a judgement issued on Tuesday morning, the European Court of Human Rights (ECHR) concluded that “Russia was responsible for assassination of Litvinenko in the UK.”

The spy, who ran key operations in the war-torn region of Chechnya during the bloody civil conflict in the early 1990s, began working for the UK’s MI6 foreign intelligence service after leaving Russia in 2000. He was recruited, officials said, to provide “useful information about senior Kremlin figures and their links with Russian organised crime.” In his absence a court in Moscow found him guilty of corruption and sentenced him to three-and-a-half years behind bars.

Litvenenko died in a London hospital in 2006. British investigators alleged that he was poisoned with a rare radioactive isotope, Polonium 210, which they said had been slipped into his tea during a meeting at a hotel in London. Authorities in the UK had previously claimed that Moscow was behind the purported assassination, and implicated two of the country’s citizens, Andrey Lugovoy and Dmitry Kovtun, in the incident. (RT)