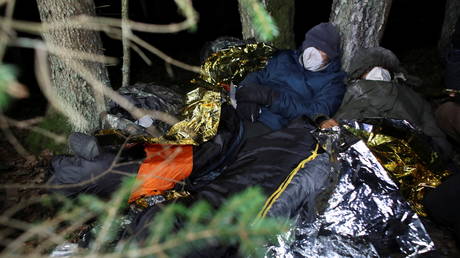 Asylum seekers who successfully made it across the Belarusian border and into Poland must not be expelled and cannot legally be returned, the European Court of Human Rights (ECHR) has ruled, following a complaint by 198 migrants.

The ruling follows last month’s massive growth in the number of refugees on the Belarus-Poland border. The migrant crisis began earlier this year, with people, mainly from the Middle East, flocking to Minsk in an attempt to cross over into the EU. The situation escalated on November 6, when several thousand asylum seekers marched together to the border. Some of them tried to enter Polish territory by breaking down the barbed wire fence.

In November, some migrants successfully made it across the frontier. However, despite Poland wanting to send them back, Warsaw has been told that it is illegal. A group of refugees appealed to the ECHR, which ruled in their favor. (RT)