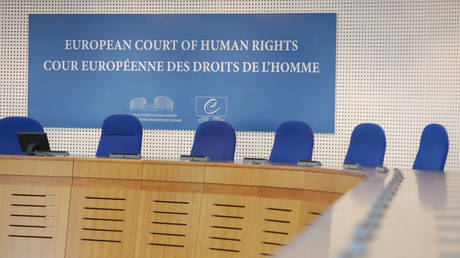 View of the courtroom of the European Court of Human Rights (ECtHR) in Strasbourg, France, 22 April 2013. © Rainer Jensen/picture alliance via Getty Images

The European Court of Human Rights has rejected Russia’s request to impose interim measures on Ukraine as part of its complaint against Kiev over a range of issues. Moscow filed a case with the international body on Thursday.

In a statement to the TASS news agency, the ECHR revealed that Russia requested the court invoke Article 39, a provision that allows measures to be placed before any hearing or decision. In particular, Moscow asked that Ukraine be forced to cancel restrictions on Russian speakers and demanded that Kiev “end its water blockade of Crimea.” (RT)