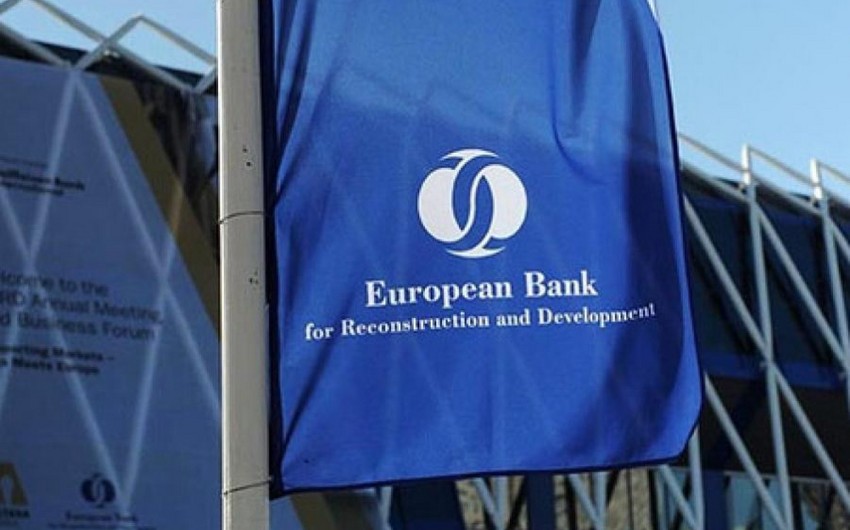 In 2023, the strong post-pandemic momentum of Azerbaijan’s non-oil sector should be steered towards sustainable diversification of the economy, making it more resilient to shocks, reads a report of the European Bank for Reconstruction and Development (EBRD) “Transition Report 2022-23”, Report informs.

“This includes strengthening the competition regulation framework and reducing the state’s footprint in many sectors of the economy. Opening up the financial sector to foreign investment would improve access to finance and support investment activity of small and medium-sized enterprises,” the report noted.

The EBRD believes that de-carbonizing the economy should be a priority: “As part of the “Azerbaijan 2030″ long-term development plan, the gradual detachment from dependence on hydrocarbon exports can contribute to diversifying the economy. High revenues stemming from rising energy prices should be used to support investments in green energy and climate mitigation measures.”

According to the bank’s analysts, economic growth has been higher than expected on the back of strong performance from the non-energy sectors.

After a solid post-Covid-19 recovery of 5.6 percent growth in gross domestic product (GDP) in 2021, the economy increased by 5.8 percent year on year in the period January to August 2022, driven by strong growth of the non-oil and gas sector of 10.3 percent. The oil and gas sectors decreased by 2 percent in the same period, primarily because of oil production declining by 5.2 percent, although gas production increased by 11.3 percent. However, exports remain dominated by hydrocarbons, which doubled in nominal terms in the period January to August 2022, generating a large current account surplus driven by high demand for alternative gas supplies on the European market and facilitated by the Trans Adriatic Pipeline, which was completed in 2020.

“Rising energy prices will likely support economic growth in the short term. The growth of the non-oil and gas economy will likely moderate due to slowly decreasing demand, as consumers are faced with high prices, but energy prices and demand for Azerbaijani gas are expected to remain high in the short term, which will support overall economic performance in the second half of 2022,” reads the report.

“The main risks relate to persistent inflation, a potential drop in energy prices, and structural weaknesses in the economy. In the coming years, however, Azerbaijan may benefit from additional investments in the gas industry as the European Union tries to diversify away from Russian gas,” reads the report.

Rising gas demand and increasing output in the non-energy sector are supporting post-pandemic economic growth. Domestic consumption has risen sharply and exports have recorded strong real growth due to high demand for alternative gas supplies to the European market.

“The authorities are using fiscal and monetary measures to combat the effect of rising prices. Inflation reached 14.2 percent year on year in August 2022. The central bank has raised the policy rate, and the government has introduced a series of fiscal policy measures, including rises in the minimum wage, pensions and social assistance, to limit the impact of higher prices on vulnerable groups.