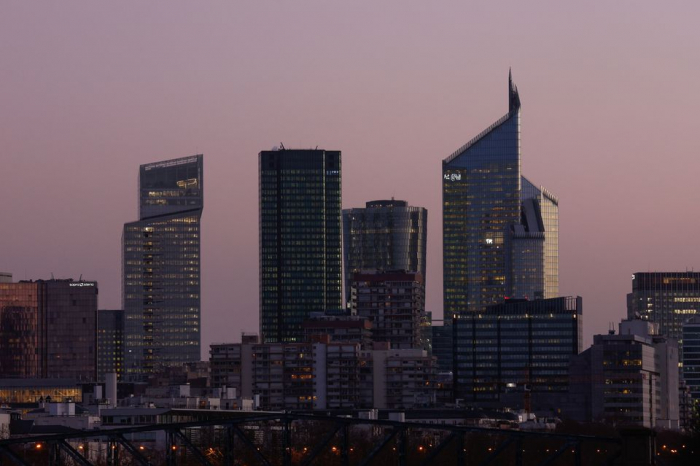 The downturn in euro zone business activity eased slightly in November offering a glimmer of hope the expected recession may be shallower than feared, but consumers still cut spending amid a cost of living crisis, a survey showed on Wednesday.

There has been mounting evidence the bloc is entering a recession and in a Reuters poll published on Tuesday economists gave a 78% chance of one within a year, with GDP expected to fall 0.4% this quarter and next.

S&P Global’s flash Composite Purchasing Managers’ Index (PMI), seen as a good gauge of overall economic health, nudged up to 47.8 from 47.3 in October, confounding expectations for a fall to 47.0 in a Reuters poll.

However, November is the fifth month the index has been below the 50 mark separating growth from contraction.

“Today’s PMI data continue to show that the euro zone has entered a recession, with the surveys pointing to a milder contraction compared to previous recessions,” said Paolo Grignani at Oxford Economics.

The downturn in German economic activity also eased in November, a sister survey showed, offering some hope an expected recession in Europe’s largest economy could be milder than first feared.

However, in France activity contracted for the first time since February 2021 as lower new orders weighed on the euro zone’s second-biggest economy.

In Britain, outside the European Union, economic activity fell at close to its fastest pace in nearly two years in November, adding to signs of recession there.