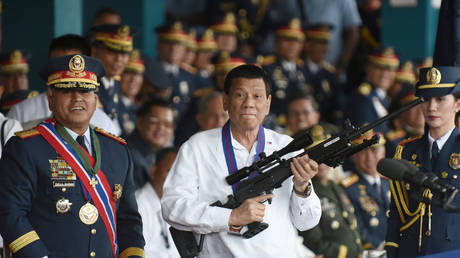 The president of the Philippines has vowed not to withdrawal his country’s ships from waters contested by China as a long-running dispute between the two nations over sovereignty of South China Sea territory heats up.

Speaking in a televised address aired on Friday, President Rodrigo Duterte said he would not heed Chinese demands and would continue to push for sovereignty over islands and reefs in the South China Sea. (RT)