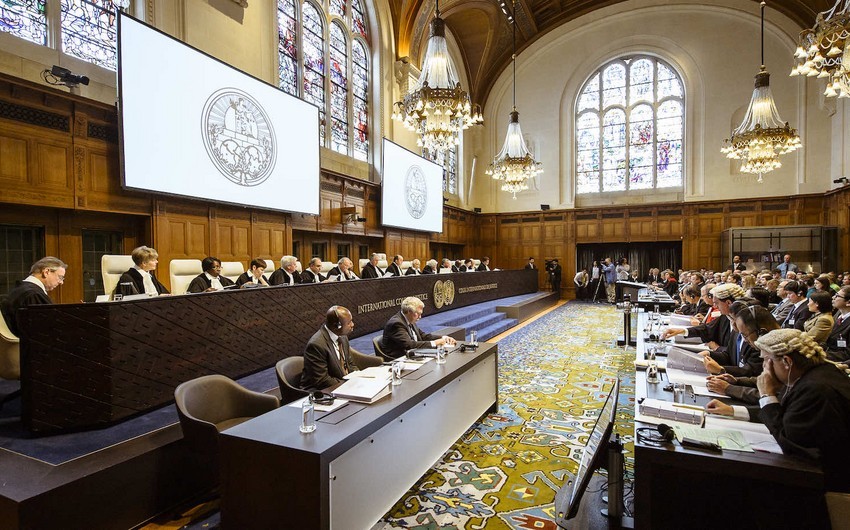 The Dutch court handling the murder trial of four suspects in the downing of Malaysia Airlines flight MH17 over Ukraine in 2014 said on Monday it would hand down its verdict on November 17, Report informs via Reuters.

Prosecutors say the one Ukrainian and three Russian defendants, who are all at large, helped supply a missile system that Russian-backed separatists used to fire a rocket at the plane on July 17, 2014. All 298 people on board were killed.

The prosecution is seeking life terms for all suspects.

Lawyers for Oleg Pulatov, the only defendant who has chosen to participate in the proceedings through counsel, have argued that the trial was unfair and prosecutors did not properly examine alternative theories about the cause of the crash or the involvement of Pulatov.

The other suspects, named as Igor Girkin, Sergey Dubinsky, and Ukrainian national Leonid Kharchenko, are being tried in absentia. Under Dutch law Pulatov, while he is also at large, is not considered to be tried in absentia because he is represented through lawyers he has instructed.

The Boeing 777 was flying from Amsterdam to Kuala Lumpur when it was hit over Ukraine’s rebel-held Donetsk region by what international investigators say was a Russian-made surface-to-air missile. The eastern region has also become a key focus of Russia’s nearly six-month-old war in Ukraine.

Most of the victims on board MH17 were Dutch nationals. The Dutch government holds Russia responsible for the crash. Authorities in Moscow deny any involvement.