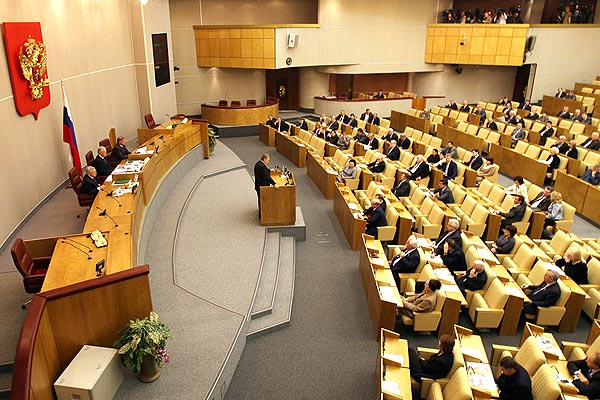 In its Thursday’s open session, the members of the State Duma with the majority of votes approved the agreement on the establishment of the free trade zone, signed in the Kazakhstan capital city of Astana on May 17.

The volume of trade between Iran and EAEU member states in 2017 stood at 2.7 billion dollars.

Earlier, Iranian Ambassador to Russia Mehdi Sanaei told the Islamic Republic News Agency (IRNA) that negotiations on the free trade agreement started two years ago and both sides have finally agreed on a list of commodities that are subject to reduction or omission of tariffs after lengthy discussions.

The Eurasian Economic Union (EAEU, or unofficially EEU, sometimes known informally as the Eurasian Union (EAU), is a political and economic union of states located in central and northern Eurasia. The treaty aiming for the establishment of the EAEU was signed on 29 May 2014 by the leaders of Belarus, Kazakhstan and Russia, and came into force on 1 January 2015.

The Eurasian Economic Union has an integrated single market of 183 million people and a gross domestic product of over 4 trillion U.S. dollars. The EAEU introduces the free movement of goods, capital, services and people and provides for common policies in the macroeconomic sphere, transport, industry and agriculture, energy, foreign trade and investment, customs, technical regulation, competition and antitrust regulation.