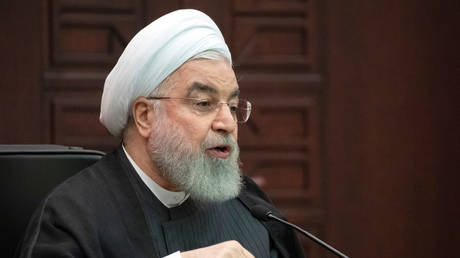 Speaking to reporters in Ankara following three-way talks between the presidents of Turkey, Russia and Iran, Rouhani suggested the drone attacks were a legitimate act of self-defense.

“On a daily basis Yemen is being bombarded and innocent civilians are dying … so they have to retaliate,” Rouhani explained. (RT)

It’s one of the world’s most evocative railway routes, calling at Vienna, Milan and Monte…