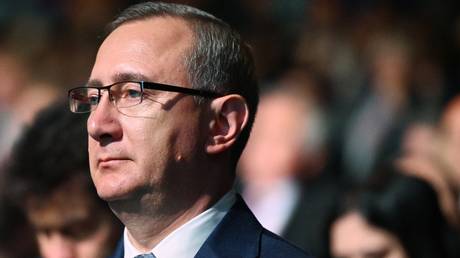 An explosion occurred at a military airbase in Kaluga region located southwest of the Russian capital when an unidentified drone hit the ground, local authorities said on Friday, adding that there have been no casualties or major damage.

According to Kaluga’s Governor Vladislav Shapsha, a blast occurred at military airport ‘Shaikovka,’ with an unmanned aerial vehicle (UAV), which “presumably flew from [this] side of the border,” hitting the ground in the area.

“There are no casualties. The airfield infrastructure and equipment didn’t sustain any damage,” the official said, adding that there is no threat to the airport’s current operations while investigators are already looking into the incident.

Read more:   Senator: France, as a country responsible for the settlement of the Karabakh conflict, should be able to keep distance with Armenia

Shaikovka is located about 600 kilometers from the Russia-Ukraine border and 300 kilometers southwest of Moscow. Moreover, according to media reports, the facility is home to a regiment of Russian strategic supersonic bombers. 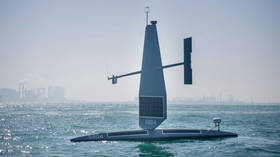 US and UK hold drone drills

While Shapsha did not comment on who might be behind the intrusion, news outlet Mash described the incident at the base as a “diversion.” It claimed that the UAV with a grenade was launched Friday morning not far from the airbase.

“[The drone] did not enter Russia from the territory of Ukraine. Its purpose was to destroy the airport’s runway,” it wrote, adding that the flight strip had been damaged but that it has already been repaired.

Since the onset of Russia’s military campaign in late February, Ukraine has repeatedly used drones for military purposes. In late September, in one of the most notorious examples, a Ukrainian explosive-laden UAV attacked Zaporozhye nuclear power plant, though no damage was caused to its reactor. (RT)