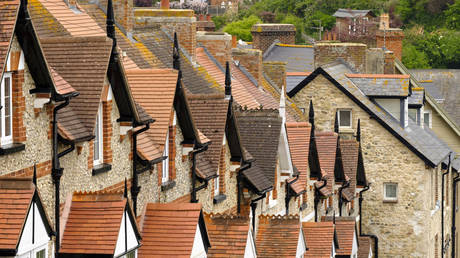 Many places worldwide offer newcomers insanely cheap real estate or even cash in an effort to tackle problems like urbanization, bad demographic situations, or lack of workforce. However, they all come with strings attached.

A region in southern Italy has recently announced it will pay newcomers €700 ($780) a month for three years if they move into one of its villages. The generous offer stems from the fact that people are gradually leaving the picturesque rural region, moving into megapolises like Milan and Rome.

The money is good, but what do you have to do to earn it? Well, to start with, you have to move to Molise, obviously. And into a village that has fewer than 2,000 residents. You also need to set up a business there.

“We wanted people to invest here. They can open any sort of activity: a bread shop, a stationery shop, a restaurant, anything. It’s a way to breathe life into our towns while also increasing the population,” Donato Toma, the president of Molise, explained.

Also on rt.com Cities of angels? 5 metropolises that could soon be killed by Mother Nature

Molise is not the first Italian region with a generous offer for relocating – several towns in Sicily last year offered homes to anyone who’s willing to come and claim them for €1 ($1.12) – less than the price of a standard espresso. The towns of Sambuca and Mussomeli announced sales of old properties in hopes of saving themselves from depopulation. Eventually, Sambuca sold off 16 historical stone mansions to buyers from the US, China, France, Britain, Russia, and Argentina. However, none of them actually went for €1 – the homes were sold in a blind auction in which bids started at that benchmark, but ended up between €1,000 and €25,000 ($1,100-27,600).

Read more:   Russian MFA: Several political forces had negative mood to presidential election in Azerbaijan even before it started

The auction, obviously. Which did not stop the buyers! Also, the condition of the houses – all are beautiful but derelict old things on the verge of collapsing on the new owner’s head. And – as a mandatory condition – the new owner has to spend at least €15,000 on renovating his or her Sicilian home, and to pay a security deposit of €5,000 in advance, non-refundable if the renovation is not carried out.

In 2016, a number of media outlets posted news that the tiny New Zealand town of Kaitangata, with a population of just 800 and “too many jobs,” was offering $156,000 (€140,000) to each new resident. Local employers, which include a dairy plant, were also on board with the scheme.

It was actually the other way around. At the time, the town on the South Island had many empty houses, and offered them along with nice plots of land – for the bargain price stated in the articles. So, you would have had to pay the money, not get it from the town’s authorities. Still, the mayor received around 5,000 calls from people planning to move and demanding money, and was forced to issue an official statement explaining what Kaitangata is actually able to offer and to whom.

“There is currently a story that has been published by overseas media that we are paying people $160,000 to move to Kaitangata and people should ring the mayor about it. This is NOT TRUE,” he stated, noting that if someone is “genuinely interested in the house and land packages in Kaitangata” and “meet the immigration criteria,” he or she is welcome to come, as the house price tags listed in the articles are correct.

‘Akiya’ is the Japanese term for ‘vacant homes’. Akiya banks are websites that list vacant houses that are either for sale or given away for free. The sites started appearing in Japan, the world’s third-largest economy, due to an ever-increasing number of abandoned homes both in the country’s rural areas and in big cities like Tokyo. The problem stems from Japan’s aging and shrinking population that has already left many towns and villages empty. The akiya sites are actually created by local governments and communities to manage the growing stock of empty houses in their towns, as well as to draw in people to live and work there.

There seems to be none. Except for, maybe, the actual need for people to come and live in the house they buy. Also, some communities not only offer the newcomer a house for free, but are willing to pay for any renovations needed for the house to be habitable again. (RT)