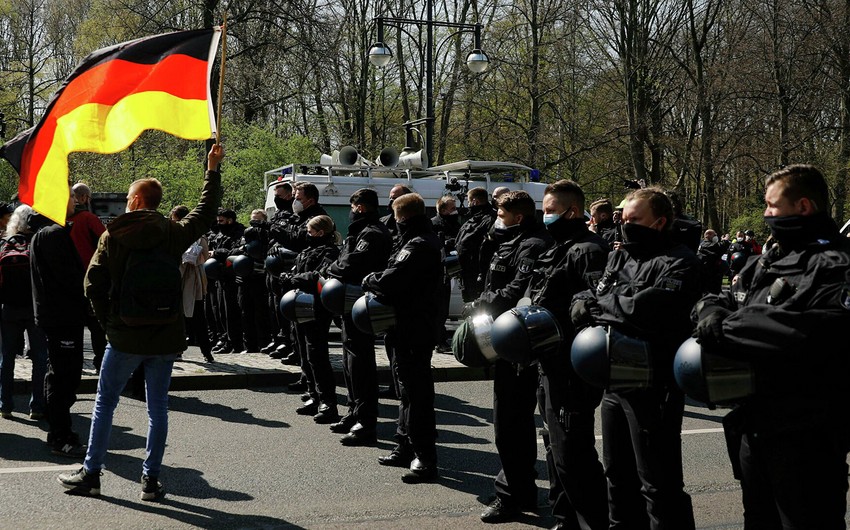 At least 20-30 people were detained in the protest action held by opponents of restrictive measures in the center of Berlin for not wearing masks, the press service of the city police said in a statement.

Report informs, citing RIA Novosti, that a protest action is held in the center of Berlin. According to police estimates, it includes no more than 5,000 people who protest against the adoption of amendments to the law on infection security, which may be adopted in the third reading in Bundestag.

Most participants of the protest do not wear masks and do not respect the distance. Police officers detain them for identification and preparing a protocol on administrative law offenses.

“We are now assessing the number of participants at several thousand, but, anyway, there are no more than 5,000 people,” the press service of the Berlin police said.